Google is one of the most powerful companies when it comes to mobile applications and services. Among all its applications, Google translate is one of the ones that I value the most in my day to day use, since there have been countless occasions in which it has saved my day, either using it as a dictionary, to know how to pronounce a word in a language or to translate texts with the camera.

Despite being one of the most sophisticated free translation tools, there is always room for improvement. And Google has decided to take the next step by adding an extraordinary feature which is the immediate transcription and translation.

The transcription of text in other languages ​​reaches Google Translate

Text transcription is one of the areas that is proving to be most useful at the productivity level. Applications like the Google Recorder are capable of showing what we are talking about in text, a very useful feature but that still had room for improvement when operating only in English.

This text transcription is starting to reach Google Translate with an incredible improvement, and it is that the translator will not only be able to understand our voice and write it in text, but it will also be able to translate that text into another language instantly and automatically.

To use this function it will be necessary to press the transcribe button that will appear in the application and start speaking. In this menu, we can choose a light and dark theme, in addition, to quickly changing the font size to make it more readable. 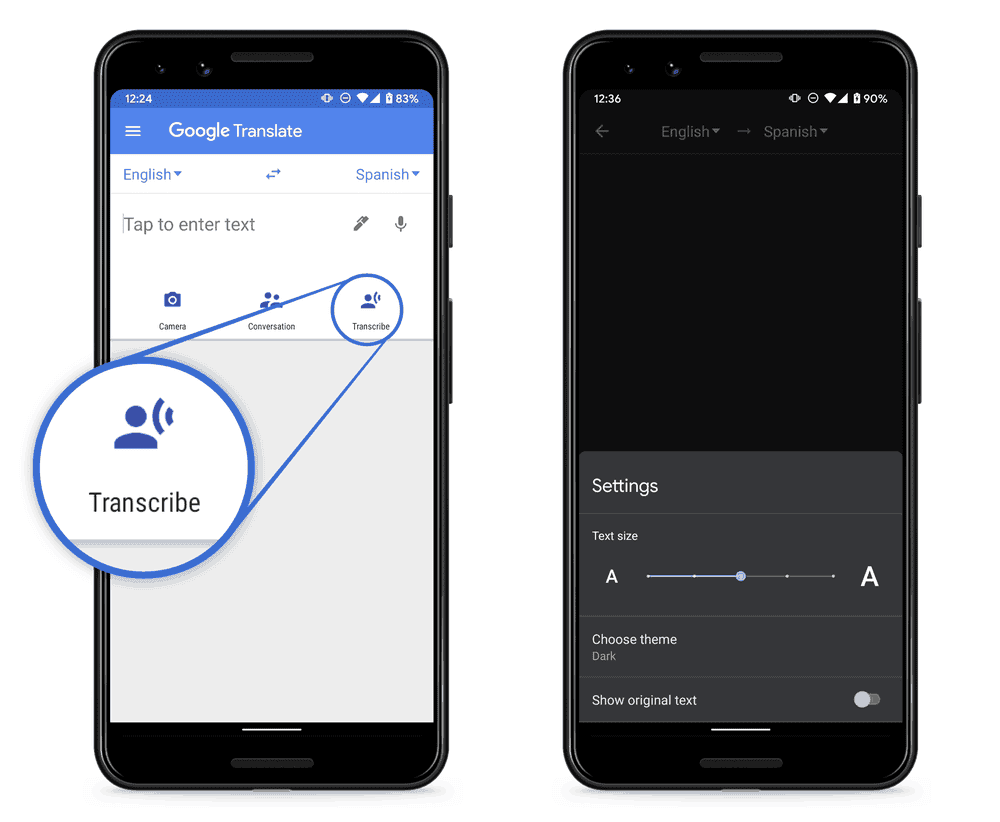 What languages ​​will instant transcription be available in?

Google has announced that although the feature is already ready, it will reach all Android devices in the coming days. To be prepared, it is convenient to have the Google Translate application fully installed and updated.