Redmi recently released another teaser of the upcoming Redmi K30 Pro on Weibo. According to the teaser, this device will come with Game Turbo 3.0 technology. This tech brings multiple functions such as game floating windows, voice changers, night vision, AI highlights, screen hanging, etc. Function. As of now, this feature is also available on the Xiaomi Mi 10. In addition, Redmi K30 Pro also passed the TÜV Rheinland High Gaming Performance Certification. The poster also reveals that the K30 Pro comes with a 3435mm² VC heat sink, and using a linear motor. This means that this smartphone will be a good gaming smartphone. According to speculations, the Redmi K30 Pro has two versions – the standard version and the zoom version. This smartphone will meet with us on March 24.

According to popular leakster (digital chat station), the main camera and telephoto of the Redmi K30 Pro high-end version support OIS (Optical Image Stabilization). However, we do not know if the production version will support dual OIS. In addition, the main camera is a 64-megapixel Sony IMX686 sensor. Recall that this sensor was launched by the Redmi K30 worldwide. It has a 1 / 1.7 ”large sensor, a 1.6 μm 4-in-1 large pixel, and a f / 1.89 large aperture. It supports RAW straight out. 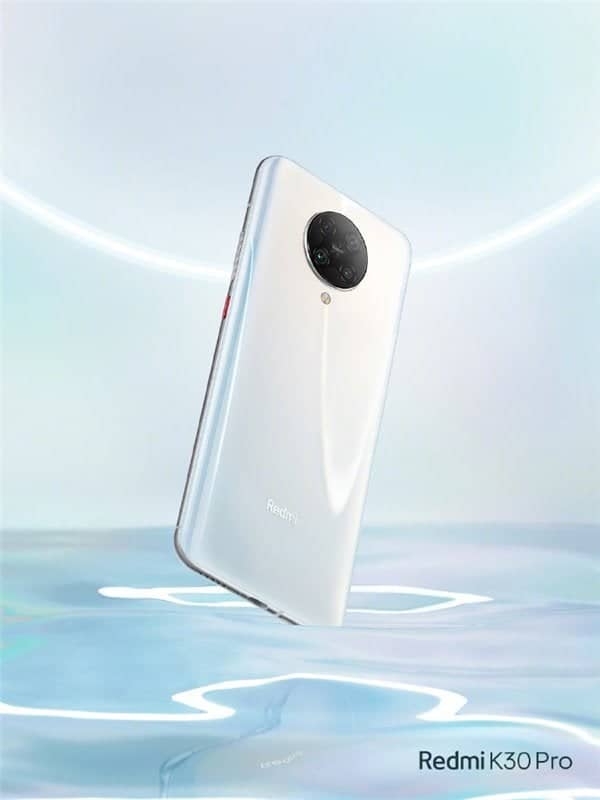 The K30 Pro will arrive this month. It will use a pop-up full-screen display and it will be Xiaomi’s first pop-up SD865 flagship. Supporting the Qualcomm Snapdragon 865 SoC will be an LPDDR5 memory and UFS 3.0 flash memory. The rear main camera maybe a 64MP shooter and this device will support up to 33W flash charge.

Redmi Product Director, Wang Teng, also hinted that the price of this smartphone is more than 3,000 yuan ($429). However, Lu Weibing says that the K30 Pro will not be higher than the Xiaomi Mi 10 series.

According to, Lu Weibing, in the 5G era, Redmi wants to be a 5G pioneer and insist on high quality. While producing high quality, it will also check its price/performance ratio.

Lu Weibing also stated on Weibo that the Redmi K30 Pro conference will not only include mobile phones. However, Redmi may also launch Redmi AIoT products. Netizens also speculated that Redmi WiFi 6 routers, Redmi bands, etc. may be released. At present, Redmi has covered many categories such as routers, smart speakers, TVs, wireless headsets, mobile power supplies, home appliances (washing machines), etc. This ecosystem will be further enriched and improved in the future.

Previous The new iPad Pro is official: LiDAR scanner and a backlit keyboard with trackpad