The photographic section on a mobile phone has become one of the elements with the greatest weight when purchasing a new device. There is not much to explain, people have left the compact cameras in the closet of their house and have left with the mobile to photograph the world. It is true that it still takes some time until the camera of a smartphone reaches the level of a DSLR but honestly, there are people who take incredible photographs with their phone.

Now, after taking a good photograph you also have to work on it. Luckily, you don’t need to spend a lot of money on editing software, since both Android and iOS have great tools at very affordable prices and even free. One of the most famous is Snapseed, Google’s photo editing app, which is one of the most popular not only for being free but also for its infinite possibilities. Now, it has just received an update over a year later. What will it contain?

Snapseed is updated for the first time … since 2018! 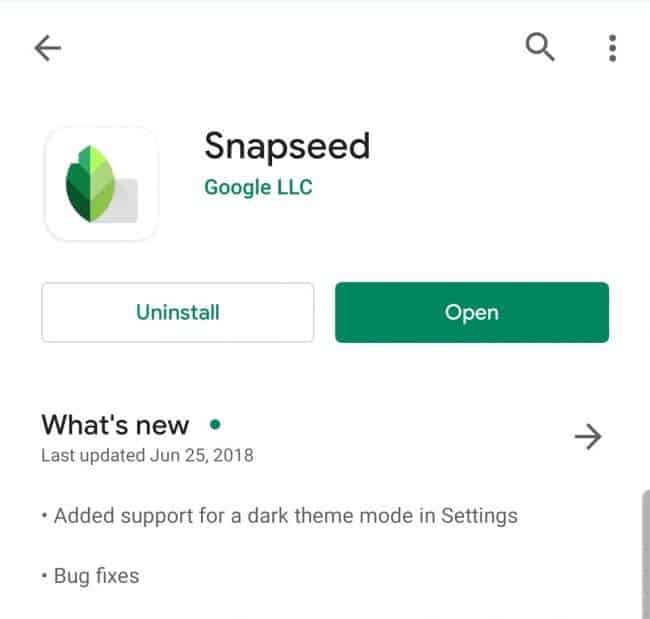 Google is one of the most important companies in the world and that is why it can afford to launch many apps and services on the market. Now, we all know that the throws some product or tools in the trash from time to time and there have been many who, due to lack of success or for no reason, have been withdrawn. We are talking about tools like Google+ or Allo.

And the fact that the Mountain View company had not updated Snapseed since 2018 made us fear the worst. Would Google end one of its most popular apps? We are not sure. Today we just found out thanks to Android Police that Snapseed is still alive and that it has also just received an update.

According to the changelog, version 2.19.0.201907232 of Snapseed incorporates the dark mode … something that has been in the app for a couple of years as well as bug fixes. Although what exactly this update brings is unknown, the people of Android Police have contacted Google and they have confirmed that they are working on bringing to the app an improved RAW edition and support for newer smartphones. In other words, Google has no intention of letting Snapseed die, but rather update with important news, something that will delight all those users who use it constantly.

Next The Samsung Galaxy S10 has a better performance than the Galaxy S20!