Today, Honor officially announced the first product of the Honor 30 series – the Honor 30S. The smartphone will be released online only on March 30th. 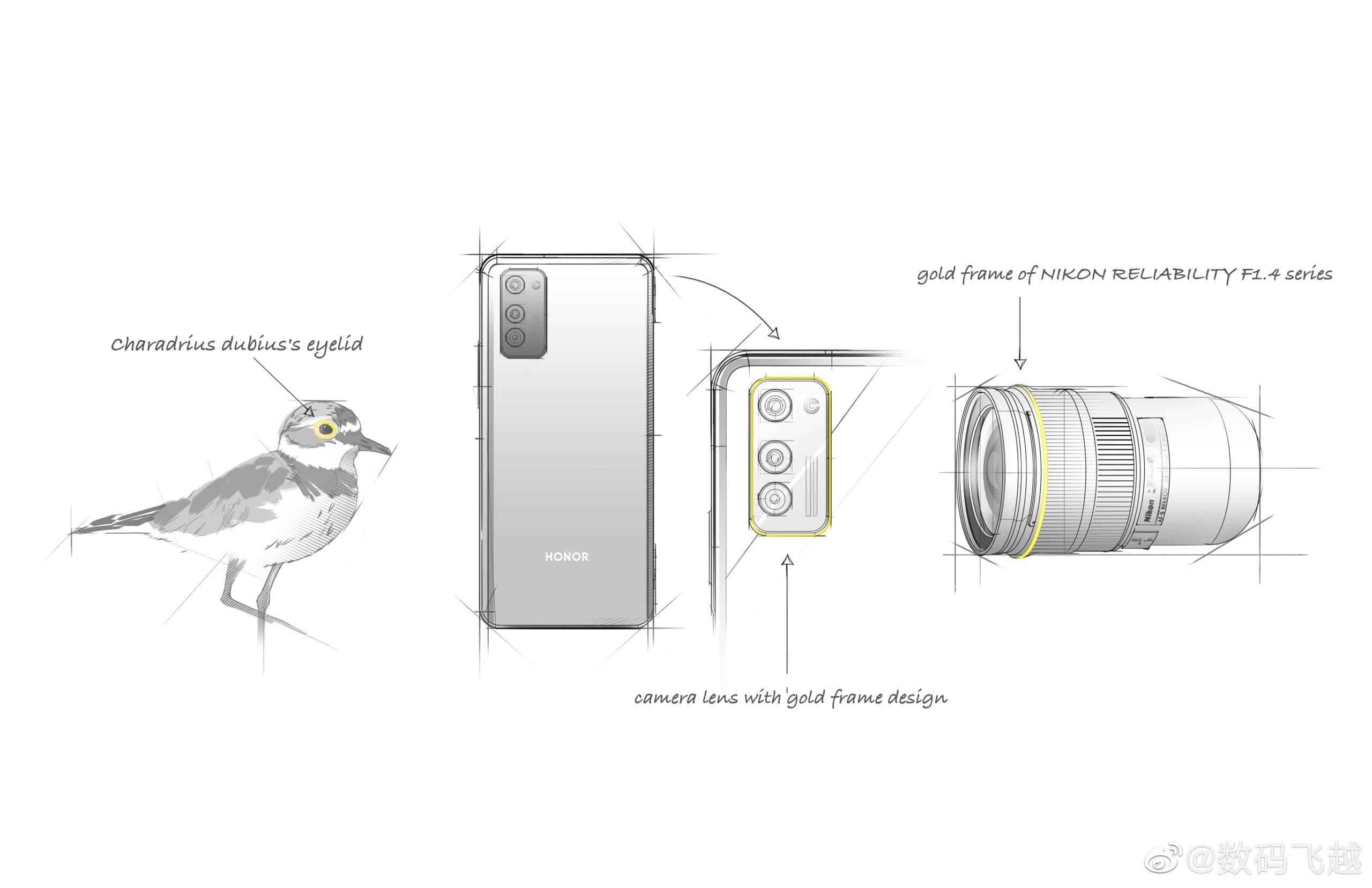 The specific design and specifications of the Honor 30S are temporarily unavailable, but a Chinese blogger appears to have released a drawing that portrays the back cover on the Honor 30S. In the image we can see that the Honor 30S adopts the same matrix three-shot design as the Honor V30. More specifically, we have three cameras are arranged vertically on the left, the flash is on the upper right, with all the fancy camera specs written just below.

Honor’s 30S also appears to sport a very stylish gold outline around the camera module; which is said to be inspired by the golden eyes of a bird named Charadrius Dubius (Little ringed plover), as well as the high-end Nikon F1.4 lens. 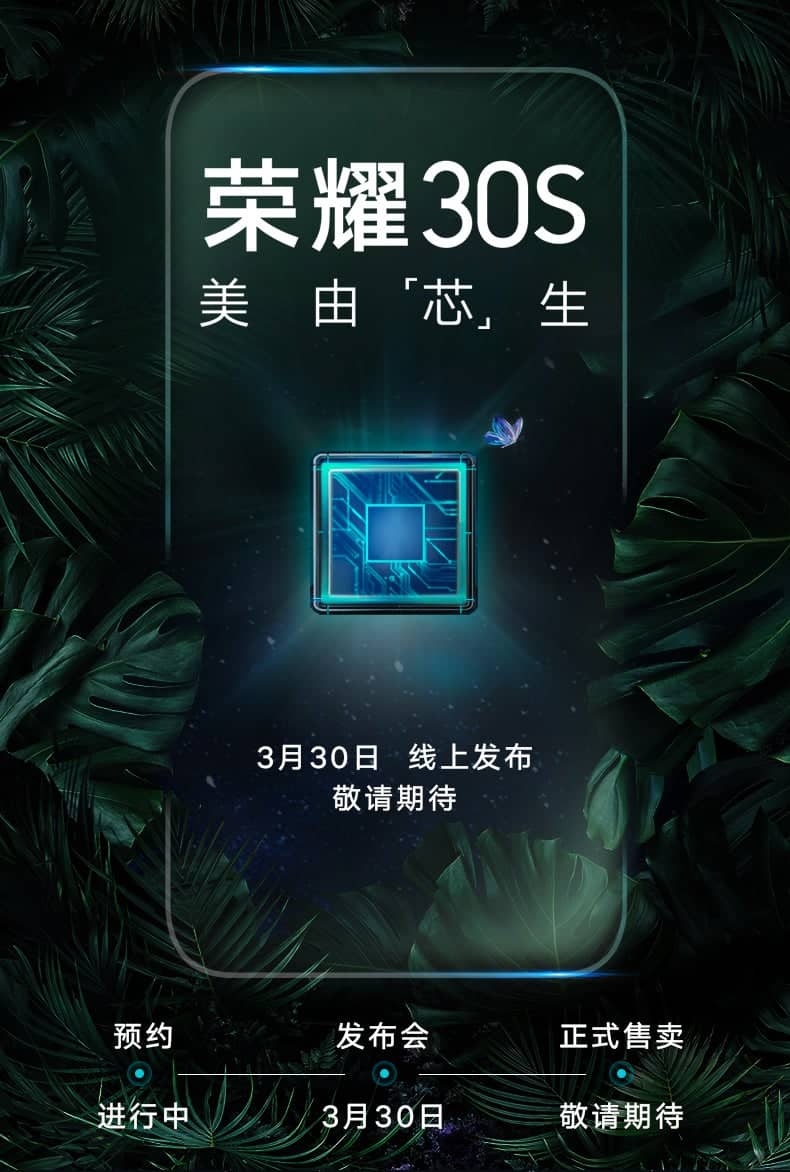 Earlier today, we learned that the smartphone will come with the slogan “Beauty is born by the core”. Thus suggesting that the Honor 30S has a high probability of launching the new generation self-developed 5G chip Kirin 820 produced by Huawei. This would also be Huawei’s second 5G SoC after Kirin 990 5G launched last year and it’d sit itself in the higher-end segment.

The Huawei Kirin 820 5G is expected to be manufactured using TSMC’s 7nm manufacturing process; integrating Cortex A76 based cores, G77 based GPU and Huawei’s self-developed DaVinci-based NPU. Other specs should include LPDDR5 RAM and UFS 3.0 internal storage.

What do you guys think about the design? Do you like it? Let us know in the comments section below!

Next Recoverit Video Recovery and Repair Solutions - what it can do ?