HMD released its first batch of 2020 smartphones today. We all know that the company has a taste for reviving feature phones, and has been receiving praise for that. After many rumors and leaks, the company announced the Nokia 5310 feature phone. It’s a reborn Nokia XpressMusic. The 2020 reincarnation is a Series 30+ featurephone that has the exact same paint jobs – black/red and white/red. It comes with side-mounted keys for operating the music player. 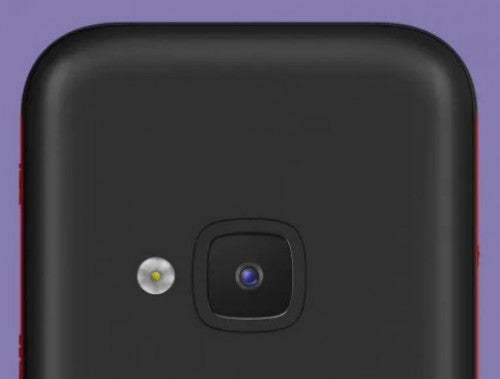 This is a feature phone and Nokia isn’t concerned in modernizing it. It gets a VGA camera at the back and a 2.4-inch QVGA screen on the front with an alphanumeric keypad below it. The diagonal is 0.3-inch bigger than the old Nokia 5310, but the resolution is exactly the same.

The new Nokia 5310 has 16MB of internal storage. That is just a few if you compare it with modern smartphones, but the amount is enough for a modest feature phone. You can also expand the internal storage with a microSD card. This way you’ll have more storage to put your music tracks.

It’s important to take in mind that the new Nokia XpressMusic 5310 is a dual-band 2G phone. So it won’t work in countries where 2G networks aren’t available anymore. It’s clear here that HMD wants customers to be sure that the focus of this device is the MP3 features.

The device also comes with front-facing speakers, 3.5mm audio jack, Bluetooth 3.9 and FM radio receiver. The feature phone draws power from a 1,200mAh. But these phones are well known for lasting ages with a single charge. According to official info, the battery holds 7.5h of talk time and between 22 days and 30 days of standby.

Previous Recoverit Video Recovery and Repair Solutions - what it can do ?