Since Samsung’s customization layer changed its name and design, it is more accepted by users than before. One UI was presented with the Galaxy S10 and currently, its latest version is 2.1. The said version is only available on the new high-end devices launched in 2020, but it will soon be on more high-end and mid-range devices. The news today is not about One UI 2.1, but about a future version that Samsung is already developing. We are talking about One UI 2.5, the customization layer that will arrive along with the Galaxy Note 20. We are not talking about rumors but about official information.

Samsung Korea has been the subsidiary in charge of communicating that the development of One UI 2.5 has already begun. It has caught us by surprise, especially knowing that the current version is 2.1 and not 2.4. It seems that the company will skip a few numbers to introduce One UI 2.5 as the next version of its customization layer.

Which devices will get One UI 2.5? What news will it bring? 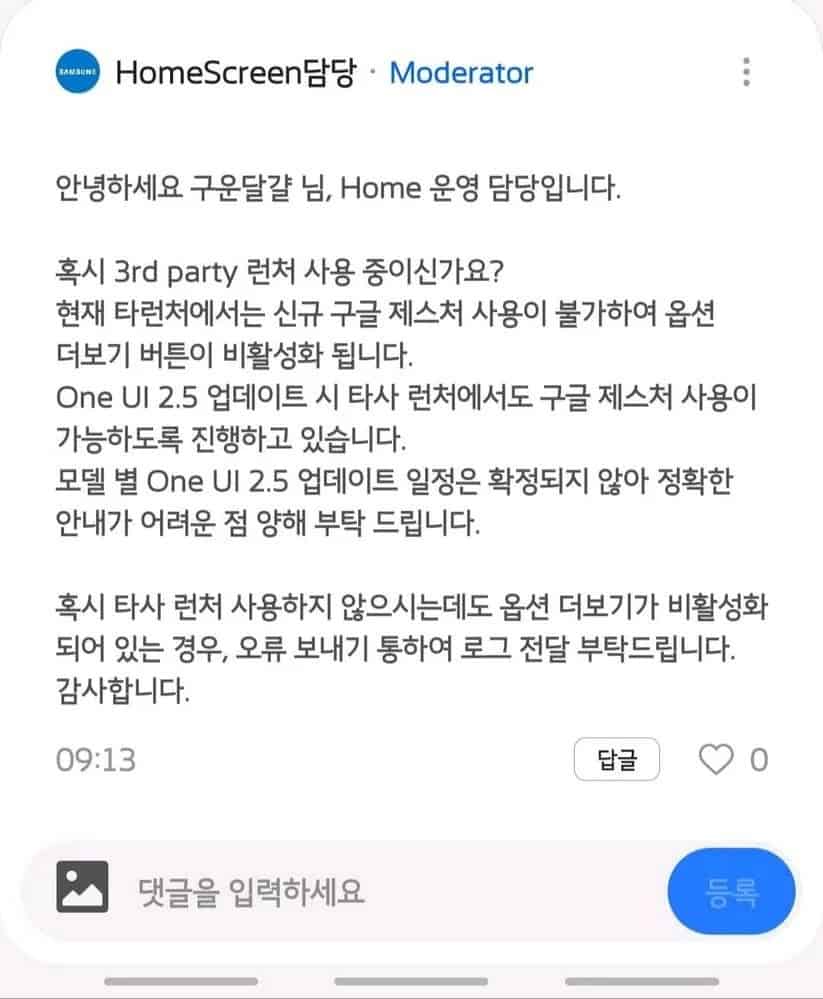 Although One UI is currently on millions of devices we cannot expect One UI 2.5 to turn everything around. It will remain a layer based on Android 10 and not on Android 11, so the changes will be rather few. It will arrive together with the Galaxy Note 20, so many of the news could be related to the S-Pen. This means that this new features will not reach other devices.

The official report only talks about a novelty: the integration of Google gestures for third-party launchers. This is something that is not present in One UI 2.0 or 2.1 and that we will see in One UI 2.5. Beyond this detail, we do not know of any other news.

Will One UI 2.5 be based on Android 11 ? It is difficult to know, but nothing points to that. The Galaxy Note 20s are released before the Android version, so Samsung is likely to prepare Android 11-based One UI 3.0 for a later update.

Regarding the devices that will receive One UI 2.5, there could be several, including all the Galaxy Note 20 and the Galaxy A launched in the summer. We also expect that the Galaxy S20 update a few days after the arrival of the Note 20 with the features of One UI 2.5.

Next Android 11 Developer Preview 2 released: here are all the news