The OnePlus 7T arrived in September last year as the company’s usual upgrade for the 7-series. The flagship smartphone came in two color variants – Glacier Blue and Frosted Silver. Later in November, we discovered there a gold-colored variant was considered but it didn’t make the cut. Now, the company’s CEO Pete Lau took to Twitter to reveal that there was one more version of the OnePlus 7T which wasn’t released. 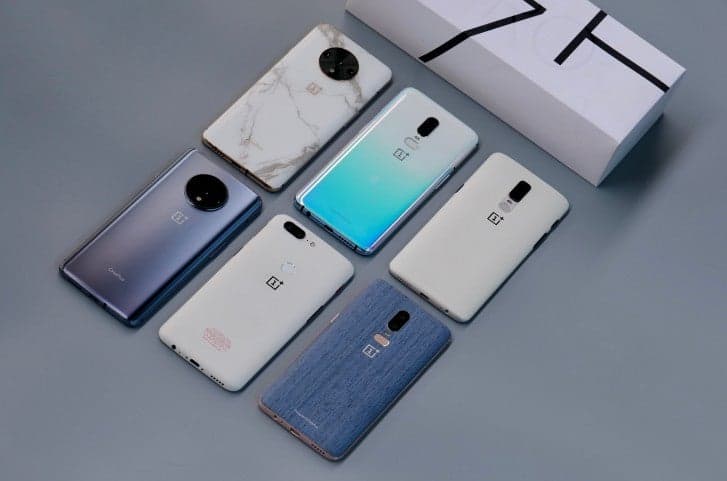 The pictures reveal a 7T with a marble finish, which definitively looks really cool and unique. It’s curious that OnePlus opted for not releasing. After all, it could be one of the most exclusive smartphones in the market. Along with the 7T, Lau revealed three unreleased versions of the OnePlus 6. One of them has a blue-white gradient and looks pretty neat. The second version has a white finish but is different from the Silk White variant. The third variant flaunts a denim blue look, which looks more like a skin.

The OnePlus 5T Star Wars edition is also present in the image. We don’t know exactly why, after all, this particular was available in limited quantities.

OnePlus is gearing to unveil the OnePlus 8 and 8 Pro on April 15. Hopefully, the company will be courageous enough to come with new colors, materials, and finish. After all, the variant above may not be your cup of tea, but they are for someone.