At noon today, Stone Technology officially announced that the annual flagship new Stone Sweeping Robot T7 will be officially released on March 23. The latter will come with many upgrades in algorithms, sweeping, and mapping.

The Stone Sweeping Robot T7 will be equipped with the new RR mason7.0 algorithm system. Also, it will support the new constant-voltage controlled large water tank and welcome a large suction upgrade. At last, this vacuum cleaner will have new multi-map management and fine custom cleaning solution. 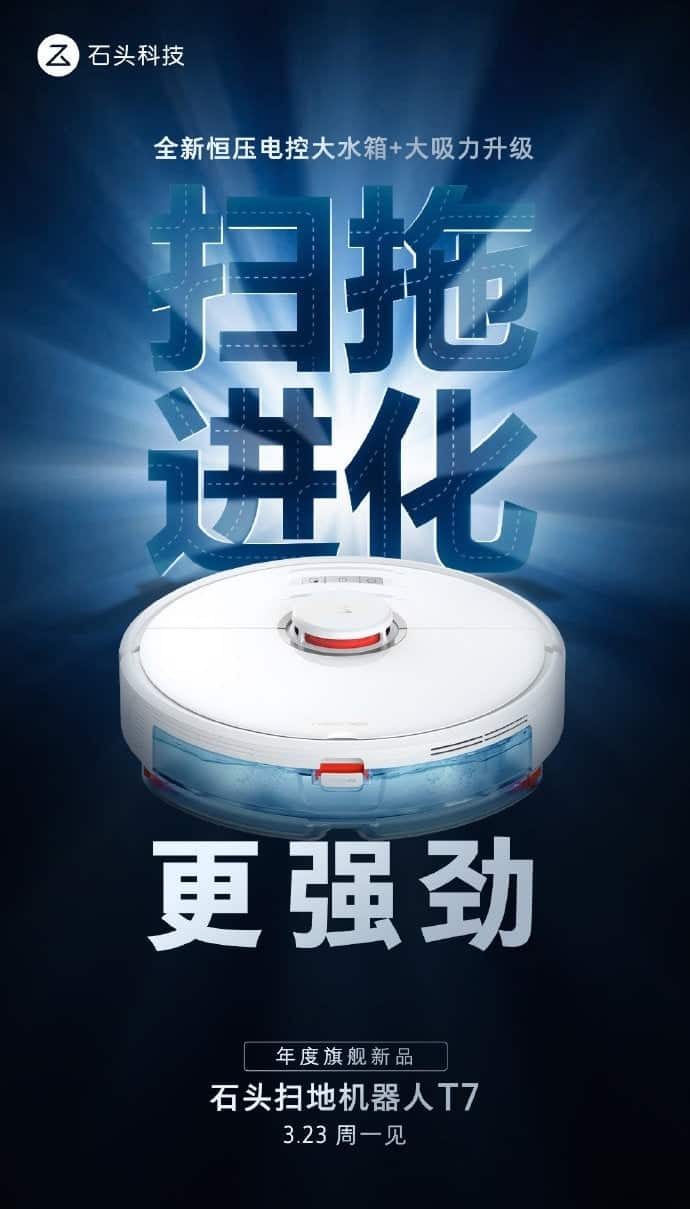 This is also the first time that Stone Technology talks about the Stone Sweeping Robot T7. So it’s quite logical we have no information about its other features at the moment.

Established in July 2014, Stone Technology is a smart appliance research and development manufacturer specializing in the design, development, production, and sales of intelligent hardware such as smart cleaning robots. It has launched a variety of cleaning robot products.

The last model was released a year ago. It was priced at 2799 yuan ($417). As the ‘eye’ of the sweeping robot, the LDS navigation system of the Roborock Sweep T6 upgrades a new generation of laser mapping algorithm. It brings faster, more stable and more accurate mapping capabilities. Also, it automatically recognizes the room and presses like a human. In addition, the Map Management 3.0 system of the Roborock Sweep T6 can accurately remember the user’s home map after the first cleaning is completed, providing users with more personalized cleaning operations, supporting selection cleaning and zone cleaning. You can also set the virtual wall in the restricted area.