Last year, there were reports that Google would launch a new file sharing tool called Fast Share. This tool is not only an alternative to the defunct Android Beam but it is also similar to Apple AirDrop. At the time, there was no leak or developer insight into this feature. However, we now have some progress in the development of this tool from Android 11 developer preview. 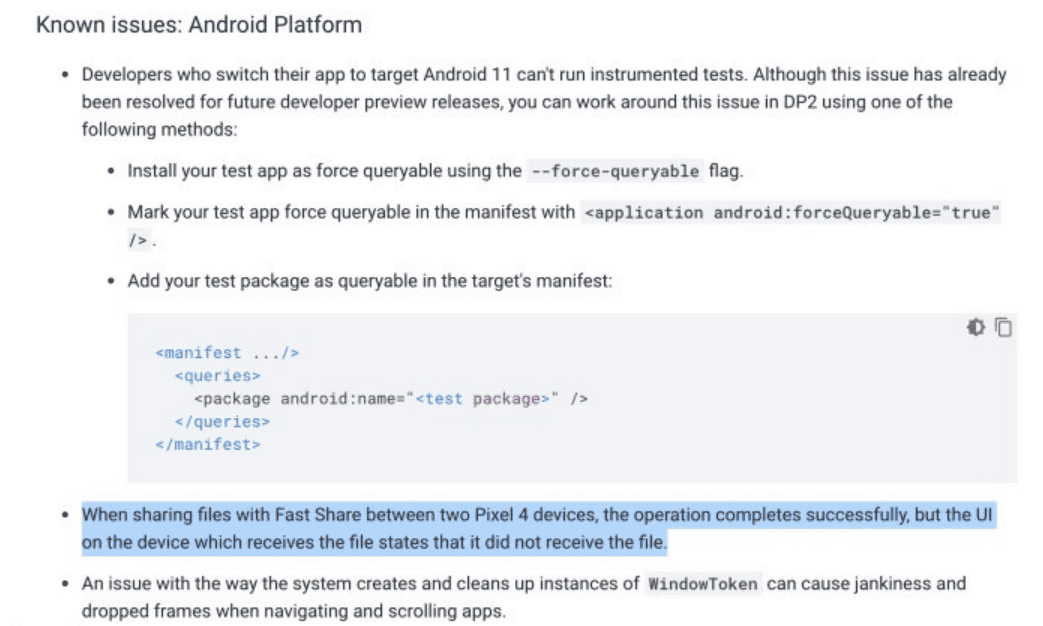 Specifically, some developers found evidence of the sharing tool in the Android 11 DP2 Preview Release Notes. The reference was found in a bug report in the “Known Issues: Android Platform” directory in the comments. According to Google, there will be differences in the user interface when sharing files with two Pixel 4 devices. The issue with the feature, for now, is that the receiving device may show “file-sharing activity failed” when the operation was actually successfully. This is the first note in which “Fast Share” appears. It obviously implies that this tool will indeed exist. 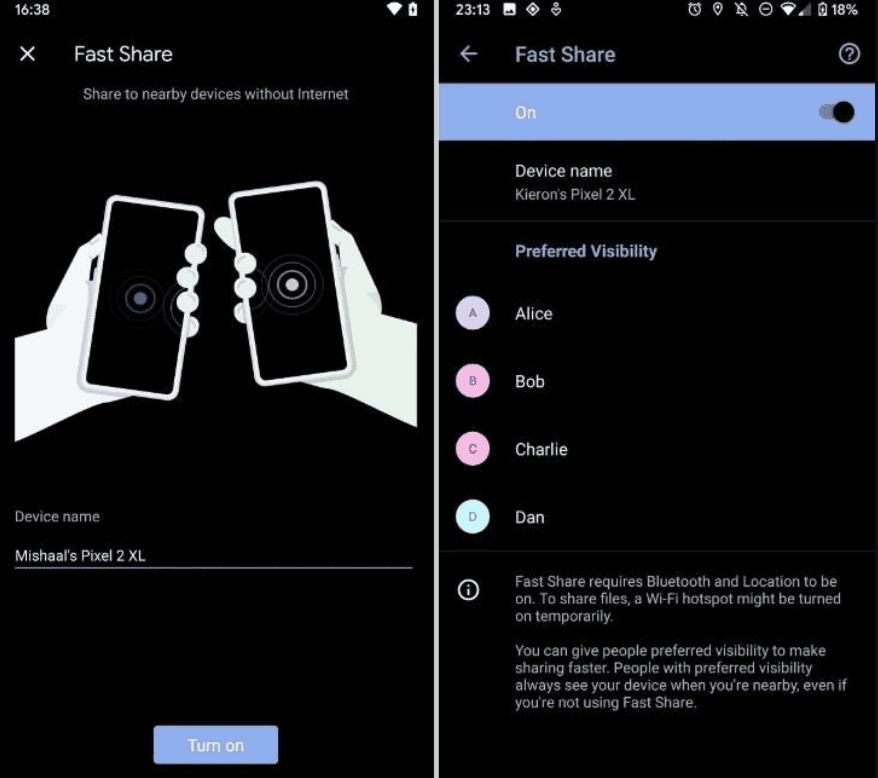 According to previous reports, the Fast Share file sharing tool allows “sharing with nearby devices without the Internet,” just like Android Beam. The service uses Bluetooth to initiate a connection and then transfer files over a direct Wi-Fi connection instead of NFC, which enables it to transfer larger files faster than Android Beam.

Next Android Auto and Apple CarPlay are more dangerous than texting, says study