Lenovo-owned Motorola appears to be quite active as of late. After launching the new Moto E6S a couple days back, the company is indeed now working on the new Moto G8 Power Lite; which, as the name suggest, should be a more affordable variant of the G8 Power. 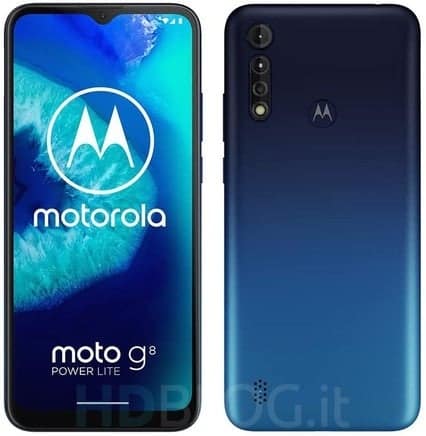 Today, Italian tech site – HDBlog – released a good number of renders of the upcoming device. As we can see in the image above, the smartphone appears to feature a waterdrop notch design at the front. While the display should be 6.5-inch in size and sport HD+ resolution (720 x 1600 pixel).

Moving onto the back, the handset features a total of three rear cameras. These should include a primary camera with 16MP resolution, paired with an 8MP ultra wide angle and a 2MP depth sensor to create photos with the fancy bokeh effect. We then find a small LED flash just below. 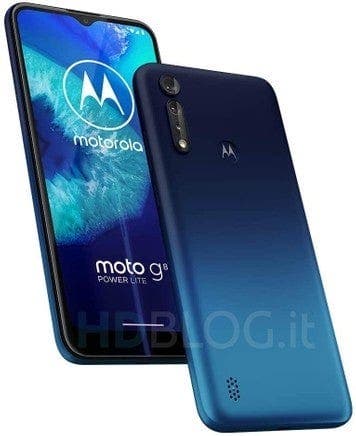 The Moto G8 Power Lite is expected to be powered by a MediaTek Helio P35. A quite old chipset with an AnTuTu score of around 86K and a big downgrade from the Qualcomm Snapdragon 665 inside the G8 Power. The CPU should be coupled with 4GB di RAM and 64GB of internal storage (most likely expandable via microSD).

In terms of battery life, the Moto G8 Power Lite may be equipped with a large 5000mAh battery and support 10W fast charging. Other features should include 3.5 audio jack and Android 10 out of the box. 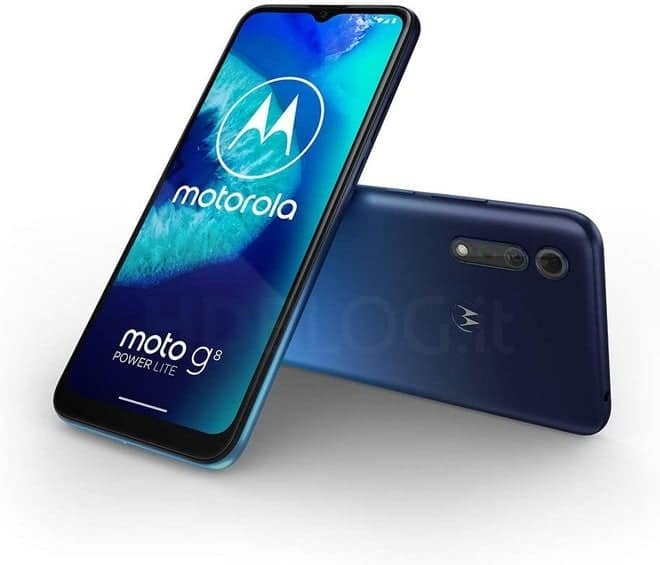 Previous Honor Play 9A Certified in China, coming with a 5000mAh battery