The Honor 30 lineup is nearing the shores with just seven days between fans and the highly-anticipated smartphones. Today, Honor announced through an official teaser that the Honor Play 9A will go official on March 30. The teaser surfaced on Honor Weibo’s page confirming the launch date and suggesting a huge battery inside.

The Honor Play 9A was leaked through several renders in the past weeks. Some of the key specifications also leaked and thanks to it we know almost everything about the new mid-range contender. Under the hood, the smartphone is powered by the Helio P35 SoC that comes paired with 4GB of RAM and 128GB of internal storage. According to a certification document in China, the new smartphone will come with a massive 5,000mAh battery. Honor is advertising the handset with “long life” and “super endurance”, so the huge battery seems to be confirmed. 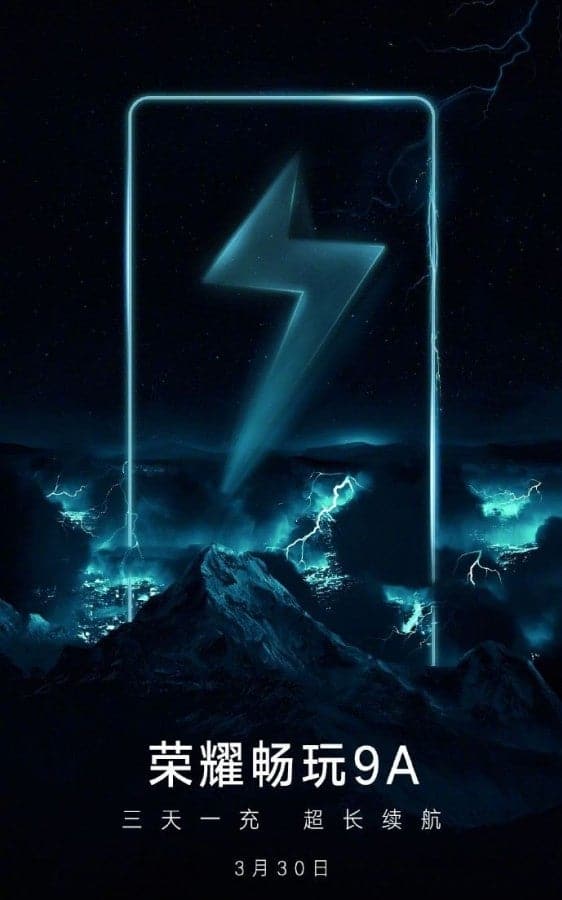 What is curious about the 9A is that it features the same chipset of its predecessor – Honor Play 8A. So, apart from incremental changes in the hardware and the battery, we are going to see the same performance here. Of course, launching a phone with a dated processor could mean that it will be super affordable. And that is what we expect for the Play 9A, it will be a super-affordable smartphone, that will cost between $100 and $120.