We’re just some hours away from the highly-anticipated Redmi K30 Pro. The new smartphone will redefine the concept of flagship-killer established by Xiaomi last year with the Redmi K20 Pro. We already saw the smartphone ina disassembly video, now a couple of hands-on photos of the White variant surfaced on Weibo. Well, it shows the white clean paint job and the circular camera bump.

The circular camera array is one of the major differences between the Redmi K30 and the K30 Pro. Instead of going with a similar camera setup like last year’s K20 series, Redmi changed the design and sensors here. The K30 Pro will house two 64MP sensors. One will be used for wide-angle shots, while the other will power the 3x telephoto shooting. The phone will also feature 8K video recording. That’s a powerful camera setup for a smartphone that is considerably cheaper than other flagships. 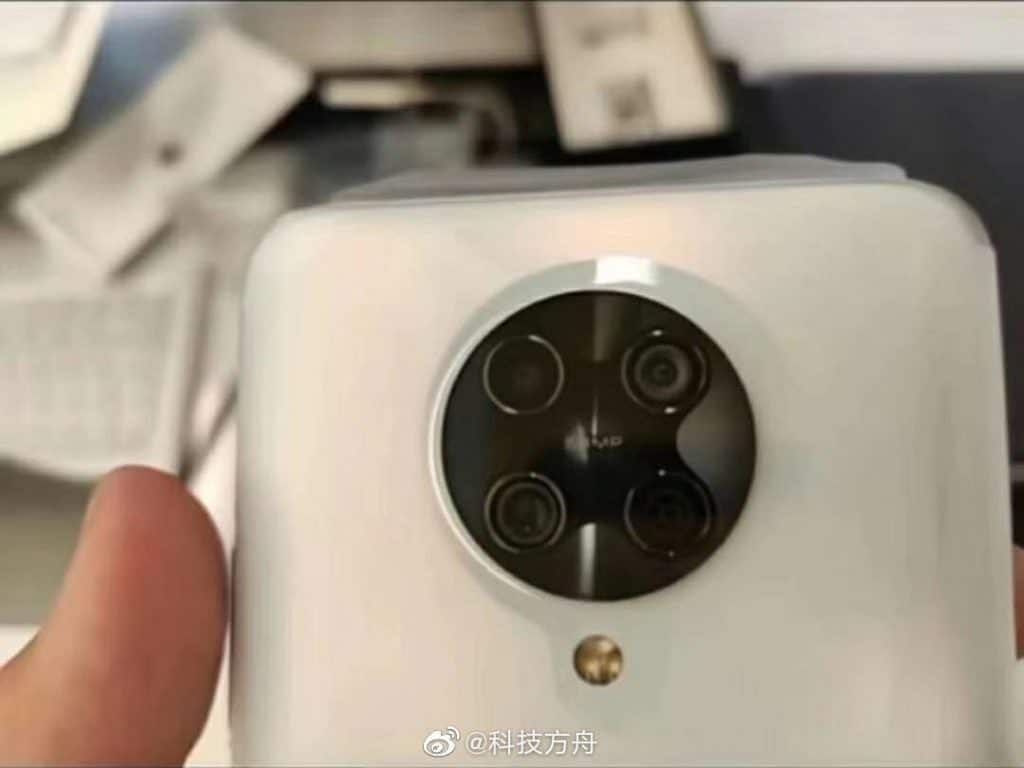 While the camera receives a massive treatment over its K30 sibling, the display has been downgraded. According to leaks, instead of the 120Hz LCD of its sibling, the handset will feature a 60Hz AMOLED. Moreover, at this point, we can say with 100% sure that the company will drop the notch in favor of a pop-up selfie camera. We can’t see any notch in the leaked image, but still, we can’t confirm its absence.

The Redmi K30 Pro will go official tomorrow through an online-only event. The smartphone will come first for China, but we believe that a Global launch will happen shortly after this initial release. Moreover, the handset might be rebranded to Poco F2 in India. For instance, the vanilla K30 Pro is known as Poco X2 in Indian stronghold. You can check everything we know about this highly-anticipated smartphone through this editorial, including the alleged price.

Previous Honor Play 9A coming on March 30 with 5,000mAh battery