In January this year, Huawei officially announced that the number of EMUI 10 users is over 50 million. Two months down the line, the figure is now double. According to Huawei Consumer BG Software President, the number of global EMUI 10 users is now over 100 million. Recall that EMUI10 was originally launched in the Chinese market on August 9 last year. It has a full system dark mode, a faster response interface, and so on. Many thanks to enhancers such as GPU Turbo 3.0. 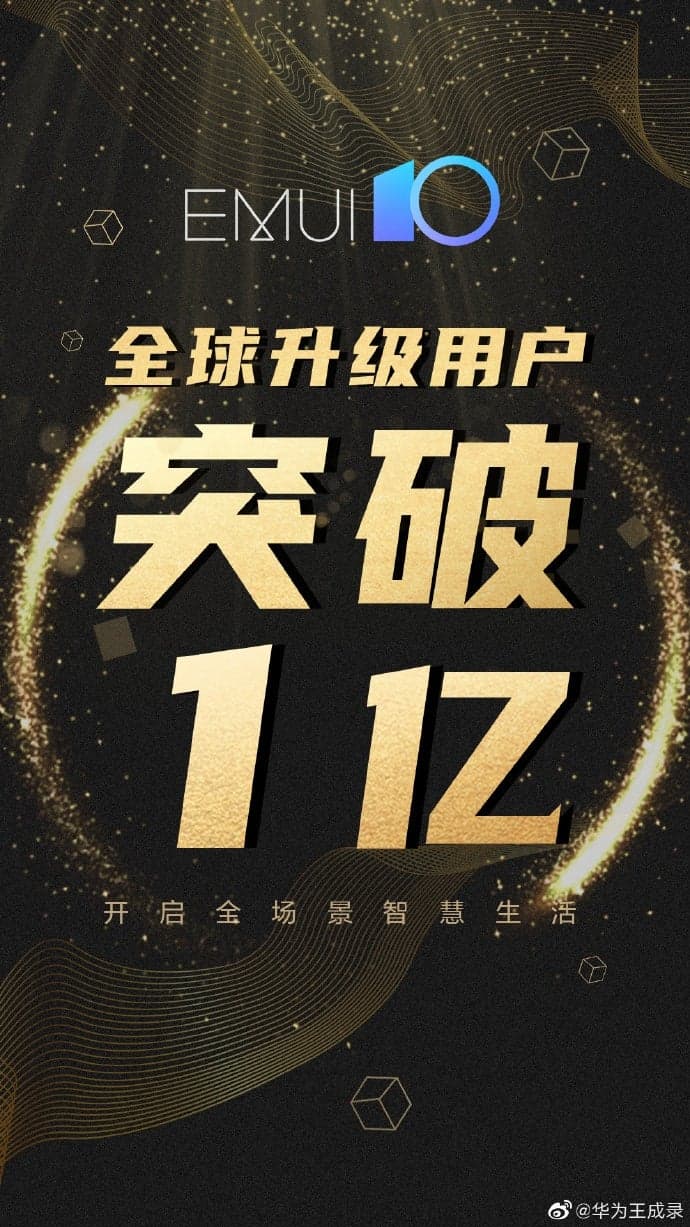 Huawei EMUI 10 is a top-notch system

EMUI 10 opens up the barriers of Windows and Android from the bottom of the system, and realizes seamless collaboration between PC and mobile phone. The PC’s keyboard and mouse become the peripherals of the mobile phone. EMUI10 adopts three key distributed technologies and adopts a distributed UI programming framework to achieve multi-terminal self-adaption of the application interface.

A good chunk of EMUI 10 update is on top of the Android 10 system. It comes with a dark mode feature and brings a colourful AOD appearance. It also upgrades the lock screen and introduces 6 colours in the Morandi style. There are also golden ratio icons, a new camera experience, smooth motion, and more.

According to Huawei, EMUI 10 opens the barrier between Windows and the Android system. It realizes a seamless collaboration between PC and smartphone. The PC’s keyboard and mouse can easily become peripherals of the mobile phone. EMUI 10 adopts three key technologies with a quality UI programming framework to achieve multi-terminal self-adaption of the application interface.

With the ban on Huawei by the US coupled with the coronavirus pandemic, Huawei’s smartphone business is not as strong as it should be. In the global market for February 2019, Huawei ranks 4th behind Samsung, Apple, and Xiaomi. Although the company is doing a lot to replace Google’s GMS, it is an uphill task that will require a couple of years.