The dark application design mode has appeared on smartphones long before its intrasystem implementation in Android 10 last fall. Some application developers also added the ability to switch themes to “dark” long ago, while others, in turn, were in no hurry to add this useful feature to their apps. For such cases, Android 10 provides forced dark mode, but it does not always work correctly with some applications.

OnePlus smartphones will soon get an advanced dark mode option

Realizing this problem, OnePlus started testing a new forced dark mode for its proprietary Oxygen OS user interface. This became known from its latest beta version, in the code of which there were references to this function. XDA Developers has managed to open the settings page of this feature, but the applications that will support it remain unknown for the moment.

The idea behind this feature appears to be similar to DarQ. DarQ allows users to enable Android 10’s built-in forced dark mode on a per-app basis, so you can choose which apps you wish to darken. This lets you retain light themes on apps that do not react well with enforced dark themes, while still darkening apps that react well with enforced dark themes but where developers have not implemented a dark theme yet. We hope to see the feature rolled out soon. 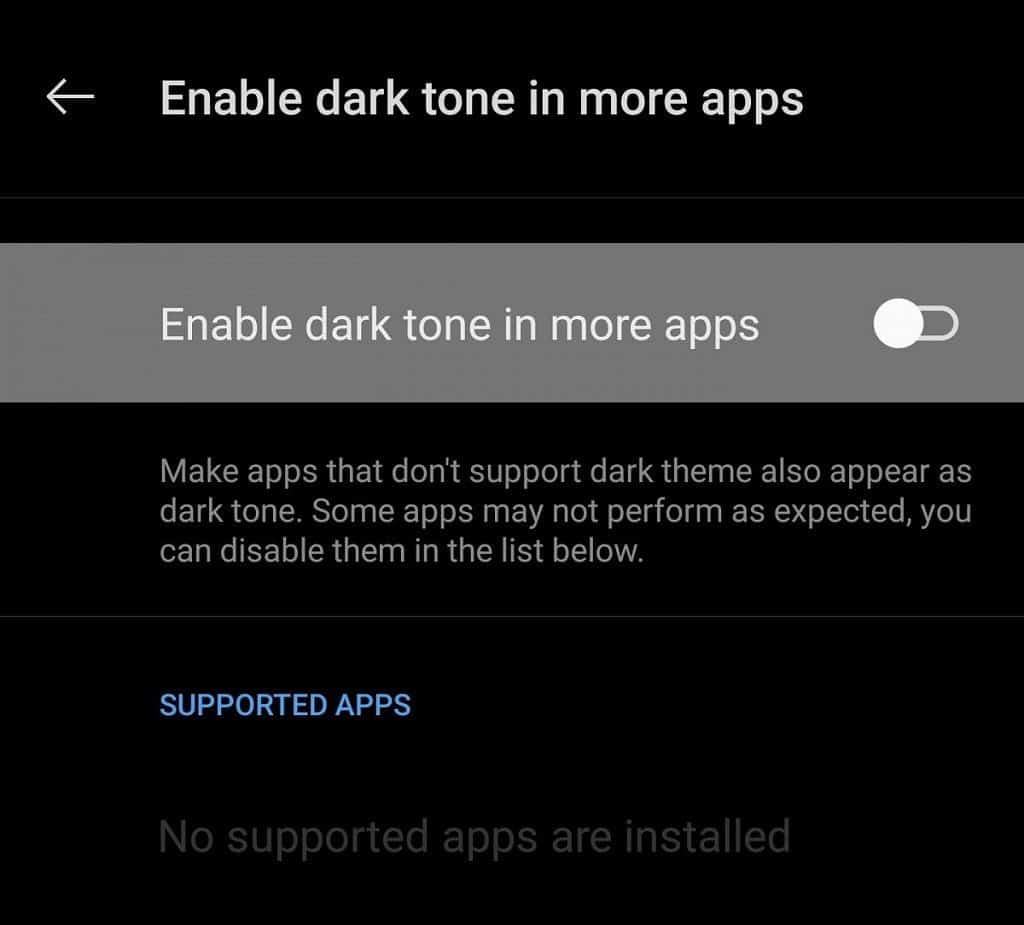 WHAT ARE THE PROS AND CONS OF DARK MODE?

The dark theme comes with its share of advantages and disadvantages.

Previous Kirin 820 5G chip will be released on March 30