A few hours ago, Chinese manufacturing giant, Huawei, announced that its latest 5G Kirin chip will touch down on March 30th. According to Huawei’s sub-brand, Honor, the new Kirin 820 5G chips will arrive online with the Honor 30S. This smartphone (Honor 30S) will also be the first mobile phone to use the Kirin 820 5G chip. 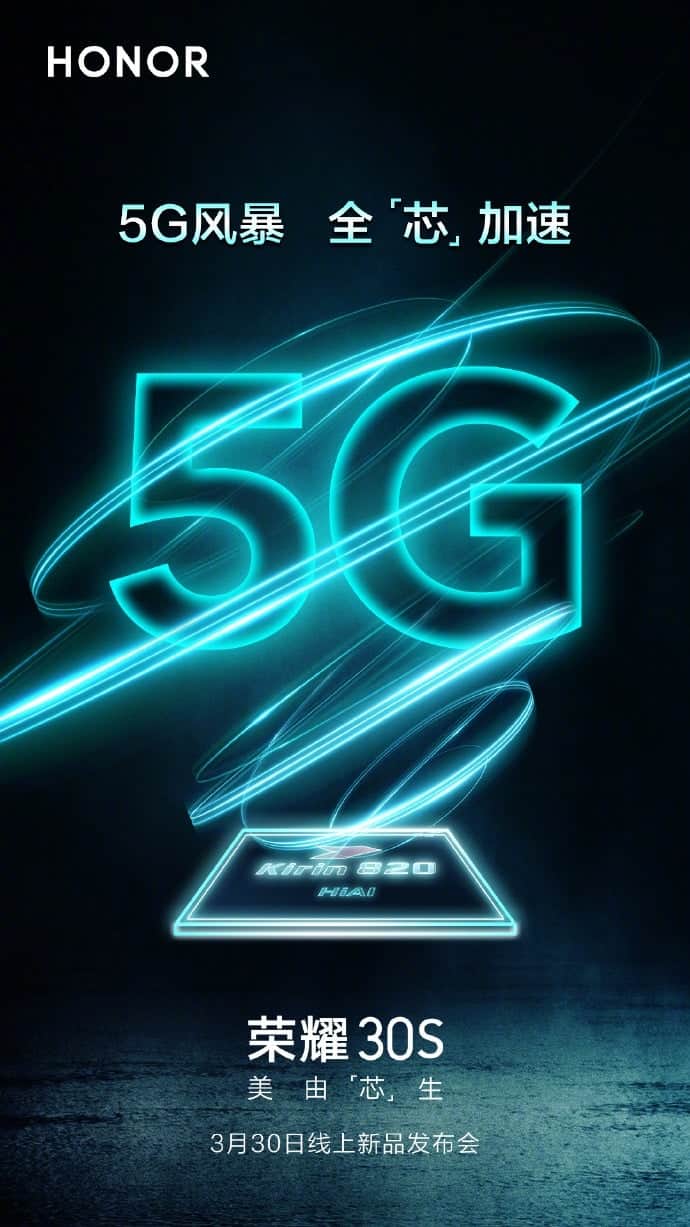 Of course, the Kirin 820 5G chip should support 5G as well as SA / NSA dual-mode network. The upcoming Kirin 820 SoC will be based on Huawei’s own Da Vinci architecture built on the 7nm process. It will include Cortex-A76 CPU cores and Mali-G77 GPU for graphics. It will also feature a newer ISP and NPU with support for Kirin Gaming Plus technology.

According to GeekBench, the Kirin 820 hit a single-core score of 3490 and a multi-core score of 11200. The test was run on GeekBench version 4.0. These scores mean that the upcoming Kirin chipset is in line with last year’s Qualcomm Snapdragon 855 flagship CPU; which is definitely great news for Huawei. The new SoC also smashed the older Kirin 980 by a good margin both in single-core and multi-core tests. The Kirin 820 will probably follow the same successful path of the Huawei Kirin 810 released last year; a great and powerful CPU for Huawei / Honor mid-rangers.

Previous Redmi K30 Pro: here is everything we know so far

Next OnePlus smartphones will soon get an advanced dark mode option