Xiaomi will present its new Redmi K30 Pro smartphone on March 24 in China. The device has been in the rumor mill for quite some time, revealing some features. Hence, so far, we know that the Redmi K30 Pro is likely to feature a 64MP primary camera sensor. It will also come with support for 8K video recording and a pop-up camera for selfies.

Now, ahead of its official launch, the company has unveiled some new features of the Redmi K30 Pro, such as a Super Bluetooth feature and the presence of a Super Night Scene 2.0 Camera mode. With the Super Bluetooth feature, Xiaomi claims that it has increased the Bluetooth range of the smartphone to 400 meters. For reference, the Bluetooth 5.1 connection range in ideal conditions is around 243 meters. This means that the K30 Pro will offer almost twice the reach of a conventional Bluetooth 5.1 device. 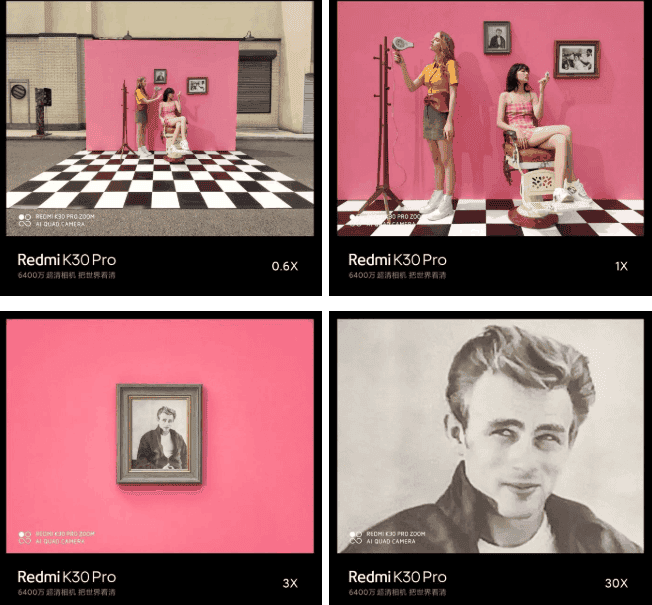 In addition to these connectivity features, Xiaomi has also revealed that the K30 Pro smartphone will come equipped with a Super Night Scene 2.0 Camera mode. The company has released a sample image taken in this mode, as well as other photos that indicate its 30X digital Zoom capabilities.

The smartphone is tipped to launch later this month. If the ongoing coronavirus pandemic doesn’t affect its scheduled release otherwise. The Redmi K30 Pro will carry a Qualcomm Snapdragon 865 5G processor, LPDDR5 RAM, and UFS 3.1 storage.

The smartphone will come in at least three color variants: Black, Blue, and White. As for the battery, it is likely to support 33W fast charge, but the battery capacity is unknown yet. The device will also offer a quad rear camera setup and a pop-up front camera.

Next MIUI 12 is coming - Xiaomi made an announcement