Chinese manufacturing giant, Xiaomi, recently issued an announcement which suggests that its latest MIUI 12 system will soon be on its way. Before the release of a new system, there is usually a close of development of the previous system. According to Xiaomi’s recent announcement, this week is the last week of MIUI 11 development internal beta. This suggests that the next system, MIUI 12 will soon enter development. According to netizens feedback, MIUI’s official website is already showing signs of MIUI 12. 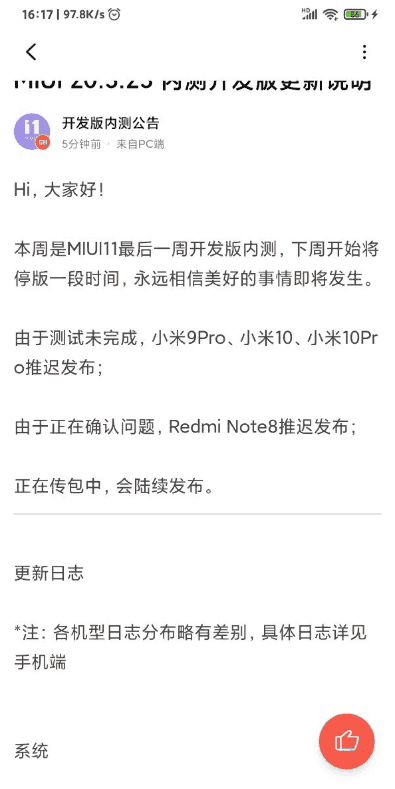 When ineligible users search for beta participation list, MIUI official website responds with the phrase “Not found, participating in MIUI 12 will be a good choice”. This means that Xiaomi’s new system is almost ready for testing. According to speculations, this new system will further optimize the global dark mode feature.

From recent speculations, MIUI 11 successor may start rolling out as early as next month. Recall that both the MIUI 10 and MIUI 11 hit the road around May, thus an April rollout for MIUI 12 is a possibility.

The upcoming system will be based on the new Android 11 system. However, some devices will receive this update on top of older Android systems. As of now, there are a couple of speculations regarding the Xiaomi phones that will get the new system. In a recent report, there are claims that no less than 40 models will get this update. Now that MIUI 11 is closing shop, we are now waiting for what its successor has to offer. What do you think about the Xiaomi MIUI 12? Is the MIUI custom system worth the attention/anticipation it is getting? Let us know your opinion in the comment section below