Huawei’s Honor is gearing up to unveil the Honor 30S in just a few days. It will likely be the first smartphone to sport the company’s new Kirin 820 5G processor. The chipset came to succeed last year’s Kirin 810 but includes a GPU that is even better than the one in Kirin 990 5G. Ahead of the launch which is set for March 30, a render showing a new color option surfaced on the web. 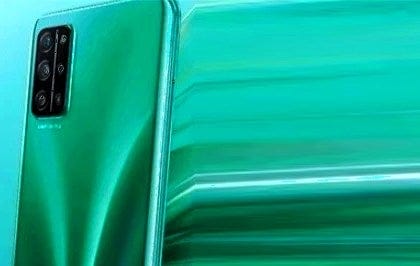 We already got an idea of the smartphone in Orange and Gradient Blue colors. Now, we know that the company also has a Green variant of the phone. The image was shared on Weibo earlier today. Interestingly enough, the Honor 30S has the same “light streaks” design as the other colorways. Its camera island is also black.

This isn’t Honor’s first Green smartphone. Last month the company announced a green colored version of the Honor 9X. The Honor 20 series also had a Green color at launch. The Honor 30S boasts an FHD+ display with a punch hole. Under the hood, the handset sports the Kirin 820 5G and is paired with 8GB of RAM and 128GB of storage. According to a recent AnTuTu leak, the handset runs Android 10 out of the box with Magic UI 3.0 onboard.

Next Mobigaming.com is hiring. Come join the team!