Meizu recently turned 17 and now is gearing up to celebrate this milestone with a new flagship dubbed Meizu 17. The new smartphone will be revealed in the next month. However, it already appeared through a series of leaked shots that revealed the punch-hole display. Now, a new image surfaced and give us the first look at the backside of the smartphone. 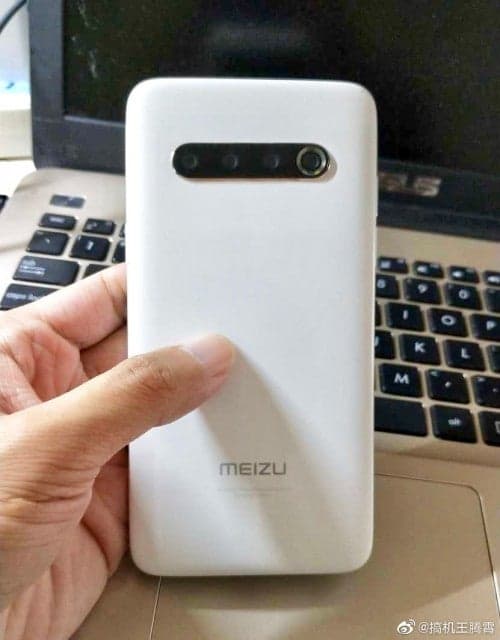 The image surfaced on Weibo and reveals a horizontally aligned Quad-camera setup. The sensor on the far right is surrounded by an LED flash ring. Unfortunately, there are still no details about the sensors themselves. Apart from the cameras, we can notice the subtle curvature on the sides of the device as well as the Meizu branding on the bottom half.

Rumors indicate that the Meizu 17 will feature a gorgeous OLED bezel-less display with punch-hole and 90Hz refresh rate. Under the hood, it will be powered by the Snapdragon 865. Moreover, 5G connectivity will be fully implemented. While we don’t know the exact battery capacity, we’re expecting a 65W GaN charger which will ensure speedy top-ups.

Meizu was once one of the most appealing smartphone makers in the Chinese market. However, it has been losing space for the past few years. Let’s see if the things will change with the upcoming Meizu 17.

Next PS5 and Xbox Series X will cost less than $500, according to an analyst