4.4 8.7
The POCO X2 is a smartphone that punches way above its weight in many aspects including the camera, display, and battery performance. It's one of my top three picks buy under INR 16,000 in India.
Design and Build
8.7
Display
8.7
Performance
8.7
Battery
8.7
Camera
8.7

Big body and camera bump, Battery Life (with 120Hz on)

There were some serious doubts about the future of the POCO brand after some of its top executives left the budding new venture in 2019. However, in 2020, Xiaomi’s brainchild has been reborn and it has brought something quite unexpected to the market – the POCO X2. Yes, for months, fans of the iconic POCO F1 had been clamouring to see a true successor (and we’ll likely still see it) but the POCO X2 was something very unpredictable. The handset starts at Rs 15,999 or $225.

We’ve had a review unit (Phoenix Red, 8GB + 256GB) of the handset and we’ve put it through its paces to see if it is the best all-round mid-range smartphone around, as it is thought to be by many. After all, the brand’s philosophy is “Everything you need, nothing you don’t.” For a short spec-sheet tour, we’ll leave you with a list below. 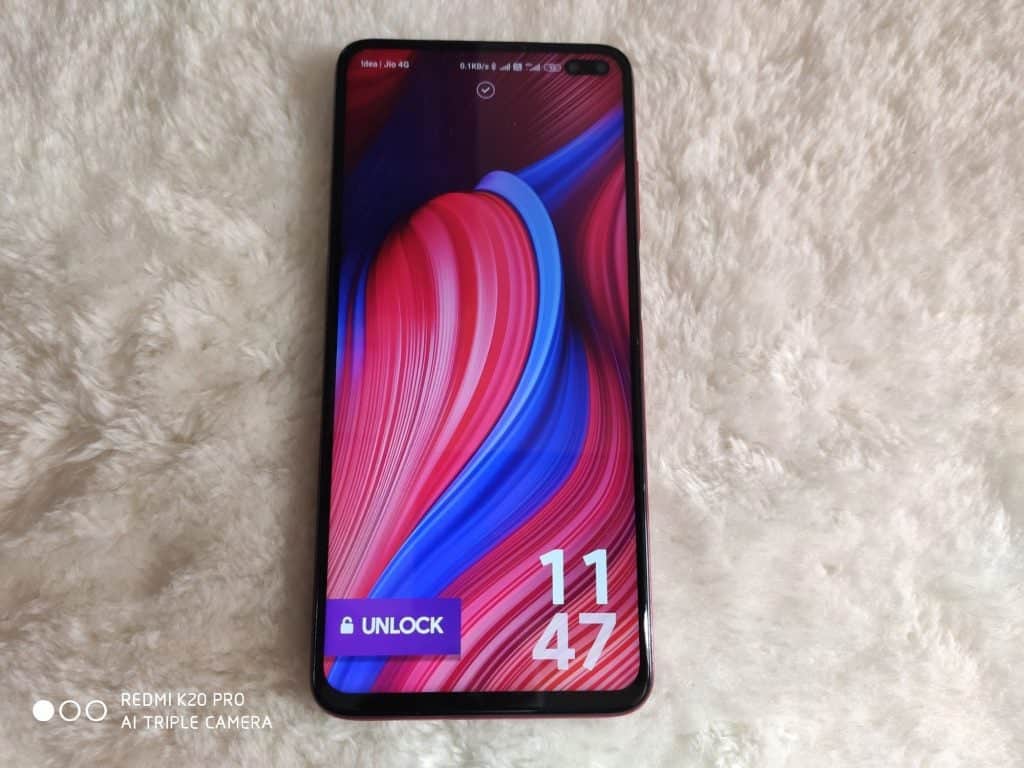 The POCO X2 doesn’t do anything spectacular in terms of design. You’ve got a polycarbonate build, a gradient back, and a circular shimmering patch surrounding the rear camera similar to the Huawei Mate 30. It’s bigger than the Redmi K20 Pro (which means one-handed use is usually not possible) but has slightly curved corners to give an ergonomic in-hand feel. It’s also glossy and quite the smudge magnet and slippery as hell. You do get a TPU back case in the box though. Also, the rear camera module is raised quite a bit and it will make the handset wobble. It’s also the first POCO handset with a side-mounted fingerprint reader and we’ll be seeing a lot of it this year. 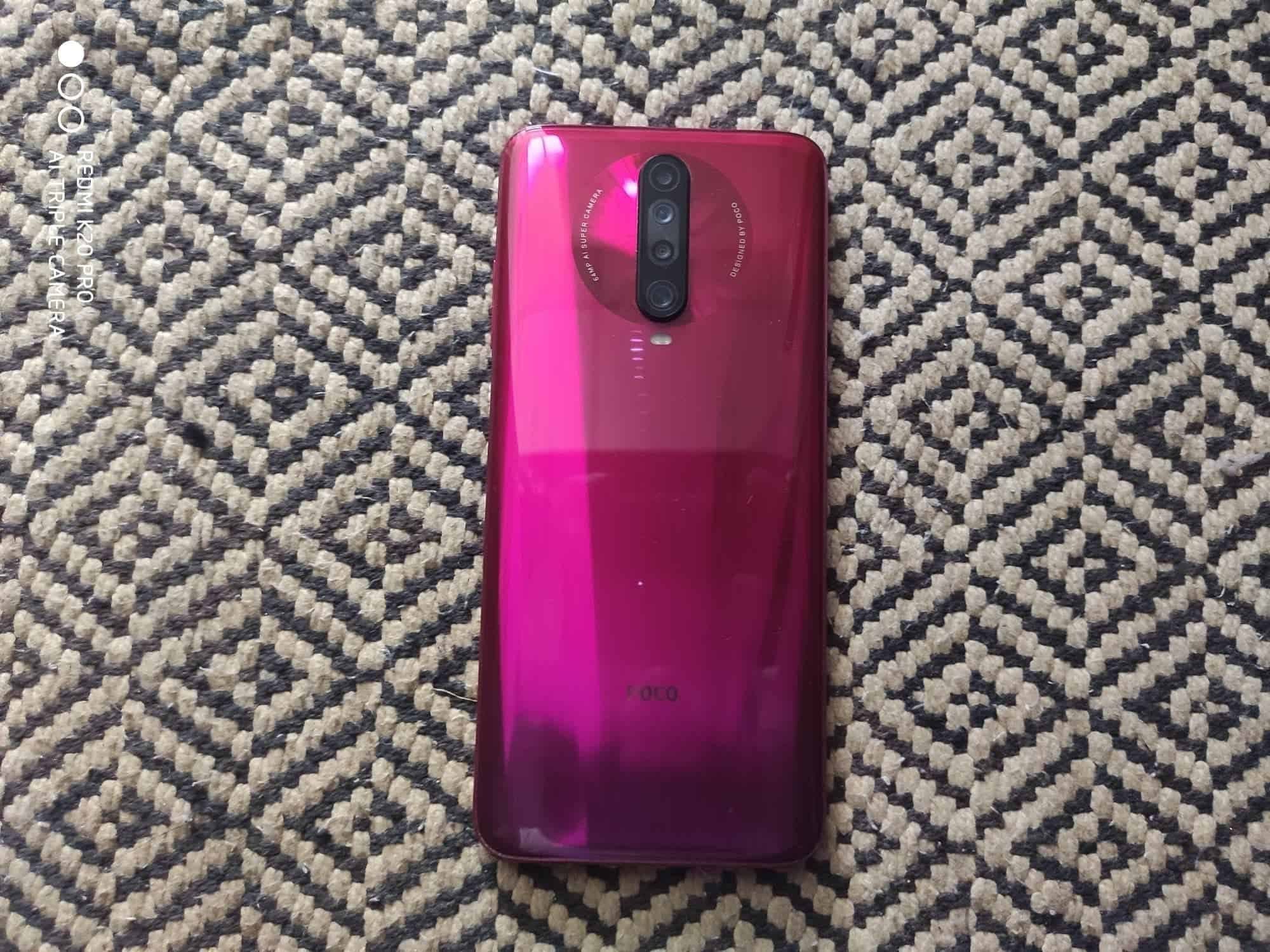 As you’ve already seen, the POCO X2 has a big screen, and even after being an LCD, it gets very bright outdoors, even more than the AMOLED Redmi K20 Pro display. Suffice to say, the viewing angles are great and the colour accuracy is also very good. Also, this time, there’s support for Widevine L1 out-of-the-box. This thus allowes you to view HD content on Netflix, Prime Video and more.

But there’s one more thing, a 120Hz refersh rate!  Yes, it’s the first handset at this price range to feature such a smooth-scrolling panel. And jumping from a 60Hz refresh rate, the difference is very much noticeable in regular use. However, apart from a handful of games, there’s not much use of those smooth frames sadly. Developers have still not caught up with hardware makers and hence we’re left with unfulfilled potential in the end. Thankfully, POCO lets you choose between refresh rates which is… refreshing.

Believe me or not, the side-mounted fingerprint reader has been the most annoying addition to the POCO X2, in my usage. Coming from a Redmi K20 Pro, I’ve consistently felt it very difficult to unlock the phone when it’s lying flat on the table (which is 70% of my use case scenario), not to mention when it is in my left hand. The back being very slippery doesn’t help either and neither does face unlock. I wish it could have a front fingerprint reader.

The POCO X2 has dual front cameras and that makes the notch wider and more noticeable. I also noticed some backlight bleeding surrounding the punch-hole but it’s nothing you can’t ignore. It can come in the way of content at times but it’s not a deal-breaker in my opinion and you get used to it. It can be rendered invisible as well from the settings. I’d prefer a pop-up camera over this one but ‘we’re now past that phase in 2020. To sum it up, I’m more than satisfied with the display experience on the phone.

This is another area where Xiaomi and its sister brands usually nail it, especially when it comes to their mid-rangers and high-end phones. The POCO X2 comes with a Snapdragon 730G at just $225. Can it get any better than that? Only time will tell. But this is an outstanding new chipset that is very reliable even for very demanding tasks such as graphics-intensive games like PUBG, CoD Mobile and Need for Speed.

There are almost no stutters or frame drops usually and gaming is a delight on the phone. I didn’t find the phone heating up either, however, my gaming sessions weren’t 1 hour long and gruesome. Needless to say, the POCO X2 just sails through all mundane tasks easily. If you’re looking for benchmarks, we’ve pasted some scores above.

Audio is where we don’t expect much of an improvement in mid-rangers and brands mostly don’t get punished for it either as long as they deliver the standard experience. The POCO X2 gives satisfactory sound output via the bottom grill, nothing too sub-par, nothing too extraordinary, in terms of volume and quality. The 3.5mm jack is pretty good though. For calls, I found the output speaker a bit lacking as voices on the other side were a bit hard to hear. I tried it a few times adjusting settings and even moving it to different positions to no avail.

The POCO X2 has a massive 4,500mAh juice pack and it easily lasts you a day. Well, at least on the 60Hz refresh mode, that is. The 120Hz, as much as I would like to keep it all day, does suck much more power and with my heavy usage doesn’t last me a complete day. I’d have to charge somewhere near the evening on a typical day to get through, and I’m quite a heavy user after evening. Most of my typical workday includes searching for stories, social media, and emails. After 5:00 pm, I switch to games and videos. There’s  27W fast charging as well. I mostly use my phone for social media and surfing the web for news stories when I’m working. And, when I’m not, streaming platforms take up a good chunk of time, apart from games like CoD Mobile.

POCO doesn’t use much of a different skin on top of Android. It employs MIUI, but with a hint of nice customization called POCO Launcher. Also, it cuts down on the ad system and leads to an even better software experience than MIUI. If you’ve used a Redmi K20 Pro/Mi 9T Pro, it’s pretty much what you’ll be getting on the POCO X2.

The main camera (Sony IMX686) on the back of the POCO X2 is phenomenal at its price point. It captures very good details, has very good dynamic range and exposure levels are mostly well done in daylight scenarios. There are some instances where highlights are blown out a bit or even the shadows are a bit crushed. Otherwise, I’d say this is definitely one of my top three picks on a sub-Rs 16,000 phone. Selfies are a similar story except that it isn’t as sharp as the output of the rear sensor, however, that is to be expected. Still, as far as mid-range selfie cameras go, it’s a great shooter.

The story of ultra-wide is mostly the same on most phones except for one or two exceptions in the high-end segment. So,  you shouldn’t expect much from it, but the sensor is there if you need a new wide-angle perspective. Video capture is also great going up to 4K 60fps with decent stabilization and detail capture. There’s also a new very interesting Vlog mode.  This feature helps you to capture creative intro montages for your vlog videos in real-time with no need of any editing tool. You only have to select from one of the presets and start shooting the clips.  All in all, this is one of the best or even the best camera under Rs 16,000 in India. And with Gcam mods, I’d say it will only get better.

POCO has nailed the basic pillars of a successful smartphone with the POCO X2. This handset ticks many boxes that the Indian consumer wants on their phone including a good display, a reliable camera, and awesome performance at very reasonable prices. It’s verly likely my first pick under the Rs 16,000 segment in India.