The Royole 2 is equipped with the company’s third-generation Cicada Wing display, which has a 50% brightness increase, and it has undergone 200,000 bending tests. The flatness and reliability reached the advanced level in the industry.

In terms of design, the 7.8-inch 4:3 screen can be folded in and out. Royole emphasized that this is the world’s highest proportion of folding screen smartphones. The 4:3 screen is 7.8 inches, while for the 21:9 ratio, the effective display size is 6.78 inches.

According to the official description of the core component, the folding structure uses a fully-closed linear shaft (3S shaft). The latter supports bending and parking at any angle from 0 to 180 degrees.

The Royole FlexPai 2 is equipped with the Snapdragon 865 5G mobile platform. It is coupled with an LPDDR5 memory and UFS 3.0 flash storage. Also, this platform supports network bands such as n41 / 77/78/79/1/3/5/28/38. The camera is on one side. There are four lenses in the vertical row. Here we can also find true stereo speakers.

Unfortunately, other parameters have not been officially announced. Also, there are some rumors suggesting the Royole FlexPai 2 will be available in the second quarter of this year. 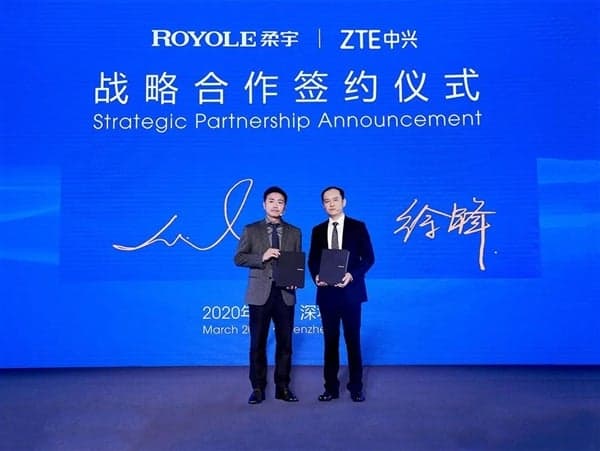 In the end, Royole announced the signed cooperation agreement with ZTE. In the future, ZTE’s 5G terminal products will use the third-generation Cicada Wing folding screen.

Previous Apple did not fix the biggest problem on iPhones and iPads in iOS 13.4