We can say that Apple retains the largest part of users when it comes to smartwatches. After a slow start, the company managed to offer one of the most solid experiences in smartwatches with its Apple Watch series. Featuring innovative features (like ECG) and capable software, the Apple Watch 5 is the company’s most recent success. The company’s wearable division is achieving an undeniable success, but Apple wants to increase its user base even more. The new strategy taken by the company seems to involve the production of a new Apple Watch series with a case made of plastic and ceramic fibre.

A new patent filed at the US Patent and Trademark Office (USPTO) carries the following title: “Ceramic Weaving of Case for Low-Cost, Structured, Penetrating Antennas”. According to the US company-specific materials can provide desired levels of performance or affect certain characteristics. For instance, metal casings can be sturdy, however, they also have variable degrees of electromagnetic shielding. Plastic build nullifies electromagnetism, however, they are less durable. When it comes to Ceramic materials, they are stronger than plastic, but the costs are considerably higher. 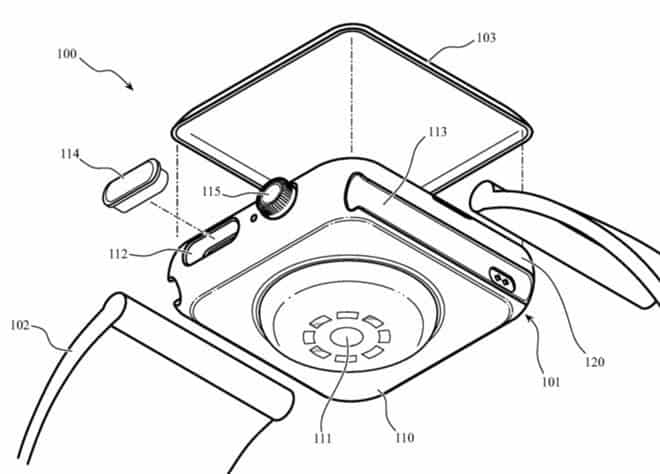 Ceramic Fibre has a low thermal mass. Therefore a new Apple Watch featuring this material would not retain heat. Moreover, the material has low thermal conductivity and effective insulation. We believe that this build may be used in a future cheaper variant for the Apple Watch. However, this doesn’t necessarily mean that Apple will ditch the current Titanium or Ceramic versions in favor of this one. Furthermore, this still is a patent, and there’s just a remote chance that will be used on the next-gen Watch series. In fact, there are several patents that don’t get Apple approval. Only time will tell if Ceramic Fibre will be a reality on the Apple Watch.