Back in January, Lenovo revealed the tablet Lenovo M10 REL in the competitive market of India. Since then, some customers have been wondering when the company would show some love to other markets. Well, the day has come and the Chinese-based company is now releasing a new Lenovo M10 Plus tablet which bears similar specs. It may look appealing, but the specifications are from a mid-range tablet.

Lenovo’s latest tablet features MediaTek’s Helio P22T chipset. It’s a new variant of the old Helio P22 that basically is an Octa-Core chipset with eight Cortex-A53 cores operating up to 2.0GHz. This chipset is made on a 12nm FinFET process which makes it a power-efficient SoC. Not on par with current offerings, but still good for an affordable tablet.

The processing power receives the help of 4GB for multi-tasking purposes. It has two storage variants with either 64GB or 128GB of internal storage. It also offers microSD expansion. These specifications are built around a 10.3-inch display with FHD resolution. According to the company, this display has an 87% screen-to-body ratio. 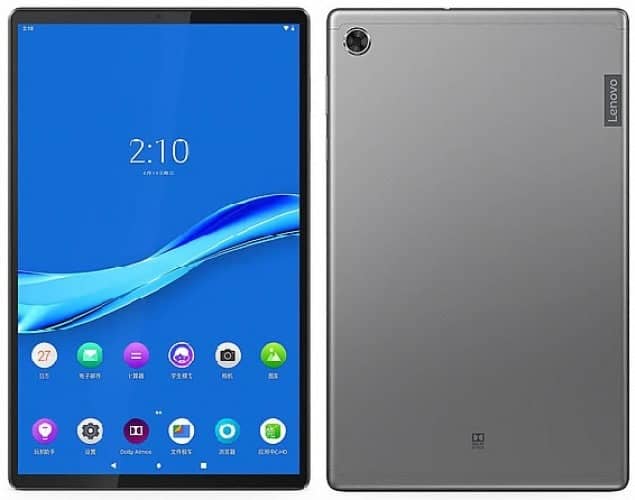 The camera department is covered by a 13MP main shooter and an 8MP selfie snapper. That’s adequate enough for a tablet. When it comes to the software part, we have bad news. This tablet comes with the two-year-old Android 9 Pie. It’s a shame that Lenovo couldn’t get this new hardware with Android 10 OS. After all, the company doesn’t have a good update track record. So, if you’re buying this there’s just a remote chance that you will get an update to Android 10.

That said, other features include 3.5mm headphone jack, Dolby Atmos powering stereo speaks, LTE, Wi-Fi and a 7,000mAh battery. This battery cell charges at up to 10W via an USB-C port. Last but not least, Lenovo equipped the M10 Plus with POGO pins. This way you can connect supported accessories. 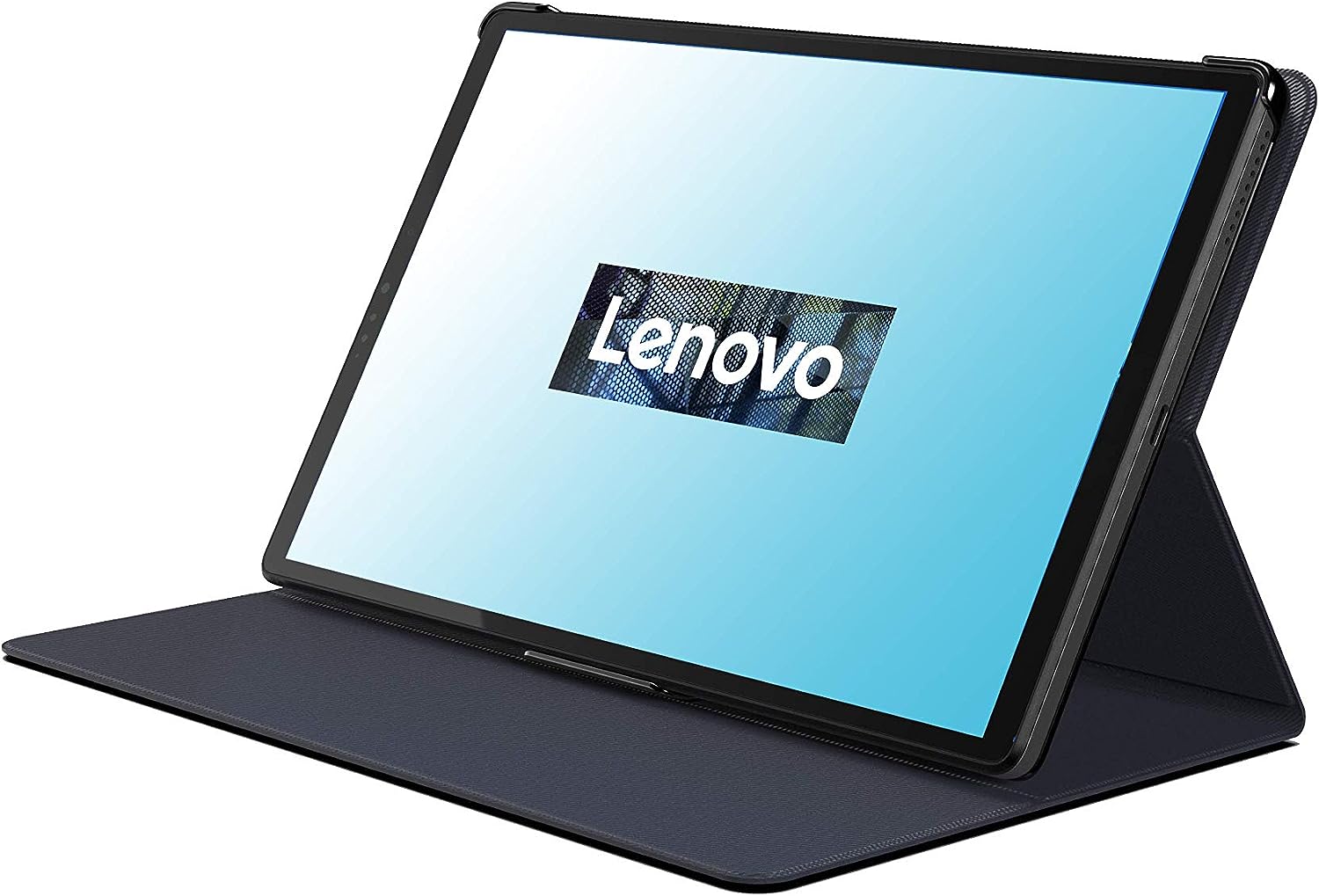