The upcoming Honor 30S smartphone is going to be the next high-end model of the company. In fact, we have heard too much about this handset. Also, it has passed the 3C certification. And today, the company released a new promo poster, showing the wired charging power of the phone. Fortunately, it corresponds to the 3C information – the new phone will support 40W wired fast charging. 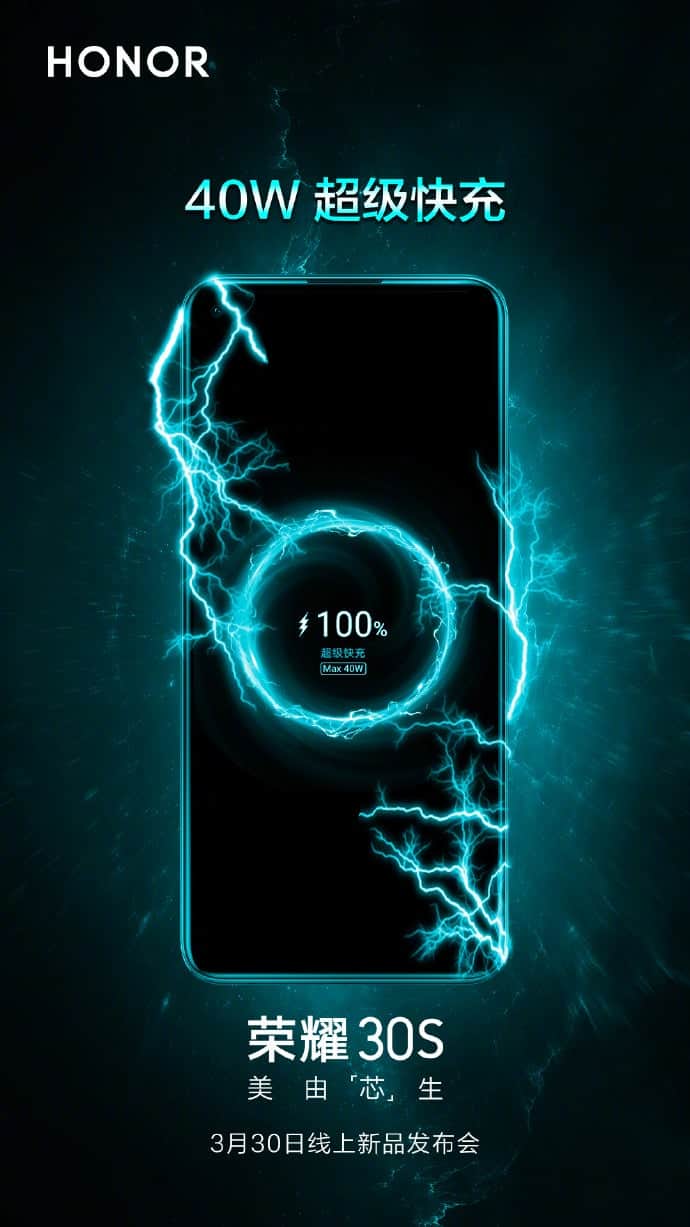 However, this poster not only confirms the 40W fast charging but also discloses the look of the phone. As we can see, the Honor 30S sports a punch-hole screen design. The front camera hole is located in the upper left corner of the screen. And the overall screen ratio is relatively high.

The Honor 30S is expected to adopt a rear quad-camera solution with a main sensor of 64MP. By the way, the latter supports 3x optical zoom. Under the hood, it carries the Kirin 820 processor. It will be paired with an 8GB + 128GB storage combination. Although we guess there will be other variants as well. Also, the handset comes pre-installed Android 10 operating system.

According to reports, Kirin 820 is manufactured using TSMC’s 7nm process. Also, it integrates A76-based CPU, G77-based GPU, and Huawei’s self-developed DaVinci-based NPU. Therefore, compared to the previous generation Kirin 810, the improvement will be very significant. Thus, the Honor 30S will be a product that changes the competitive landscape of the 5G smartphone market.

As for the launch date, our protagonist is expected to hit the market next Monday, March 30.

Next Lenovo M10 Plus launched in China with 10.3-inch screen and Helio P22T SoC