Normally, laptops as “closed” as Microsoft Surface Laptops do not have many configuration possibilities beyond choosing the amount of RAM and storage. This trend seems to be changing now, as a Surface Laptop with an Intel Tiger Lake-U processor has appeared, and since the AMD Ryzen 4000 have already been confirmed, this means that we will have both models available.

The Tiger Lake-U chip that has been sighted on a Surface Laptop has the same 4 cores and 8 process threads that we have seen in the latest leaks. It has a base speed of 1.2GHz and, apparently, it does not have a turbo speed or at least the software has not been able to detect it (in this case 3DMark 11). However, we saw this same chip operating at 2.70 GHz, so it seems that the processor in use could be an experimental version. 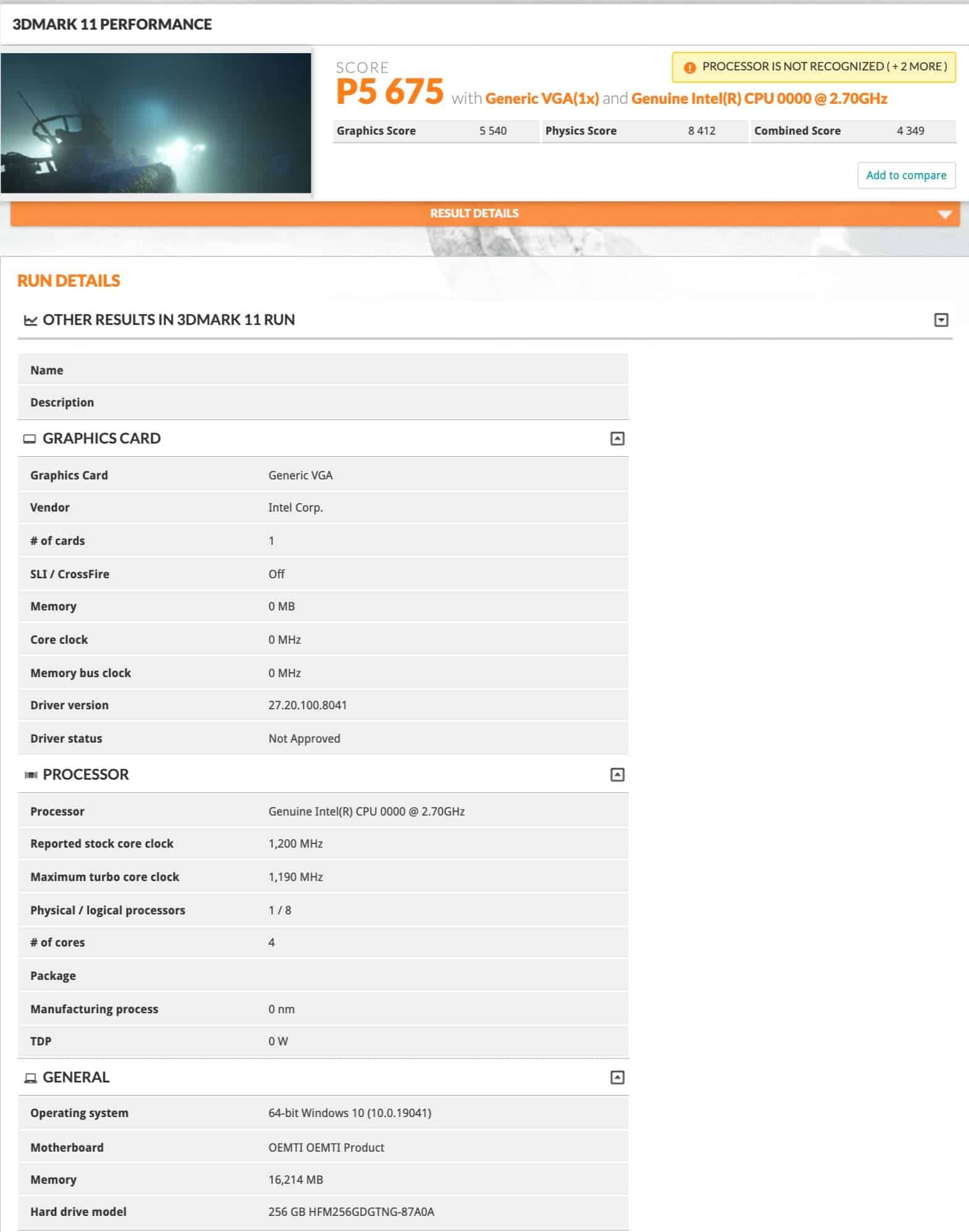 In any case, the test shows that it has Intel Xe graphics, whose performance doubles the previous generation (the Ice Lake), along with 16 GB of RAM and a 256 GB SSD, very typical for these computers from Microsoft. The score obtained in 3DMark 11 amounts to 4349 points in the CPU test, 8412 in the physics test and 5540 in the graphics test.

These numbers are far from impressive, but keep in mind that they are quite similar to the preliminary results obtained by AMD Ryzen 4000 processors of the same range.

The fact is that now it is a certainty that Microsoft will offer its Surface laptops giving users a greater choice of internal hardware, being able to choose whether we want an Intel or AMD processor beyond the amount of RAM and storage (up to now in some cases you could also choose the range of the processor, but always within Intel).

Previous Honor 30S Shows Its Face Ahead Of Launch

Next PlayStation 5: Sony does not anticipate a delay, despite the coronavirus