At 19:00 on the evening of March 30, Honor will hold an online new product launch conference. As you should know, at this event, it will release the Honor 30S. This is the company’s first new machine in 2020. Also, it has grabbed attention due to a new 5G SoC, the Kirin 820.

Though there are still two days left before the launch conference, the company revealed the actual look of the phone. Today, the manufacturer released the Honor 30S front poster on Weibo, showcasing the front look. It’s officially called the ‘Magic Eye Full View Screen’. 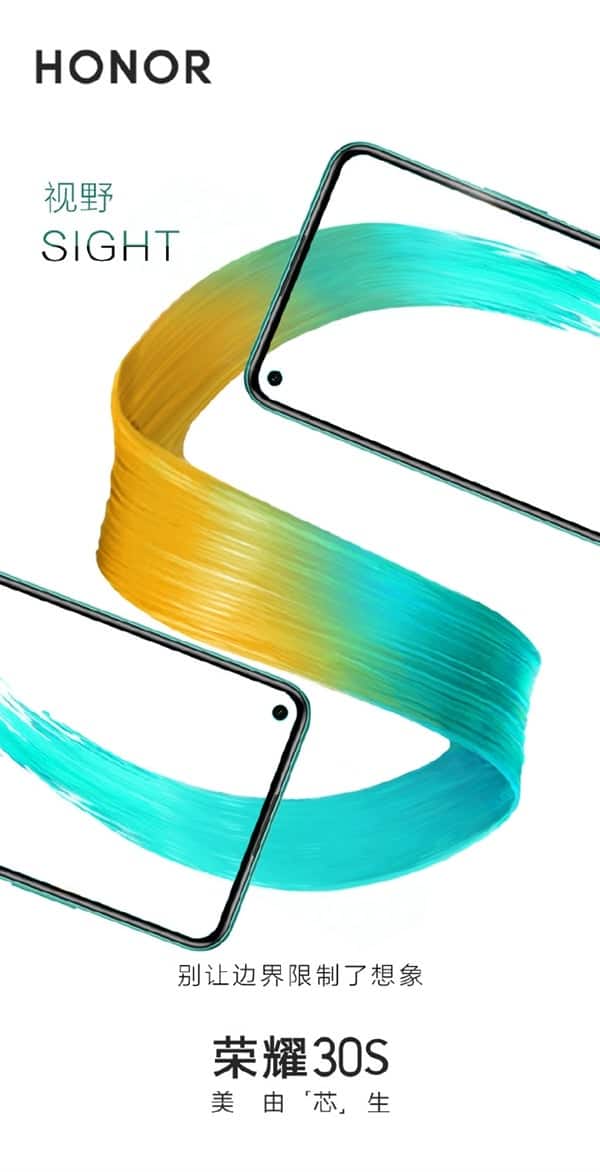 Magic Eye Full View Screen uses a screen design that Honor has used in the recent two generations of smartphones. It is characterized by a small hole and a high screen ratio. The front camera is fully embedded under the screen and integrates with the screen.

Since the position of the camera under the screen is on the left of the signal bar in the upper left corner, it can perfectly avoid the display core area. When the user plays the game holding horizontally, the screen camera will be located in the lower-left corner. Thus, it will hardly affect the game screen display and operation experience.

From the picture, we can see that the hole is very small. Of course, this has hardened the digging process.

As for the rest of the features, the Honor 30S will debut the Kirin 820. There will also be a side fingerprint and a rear quad-camera, with the main sensor of 64-megapixel resolution and support for 3x optical zoom.