Today, Chinese manufacturer, OnePlus, officially confirmed that the OnePlus 8 series will be released on April 14th in an online event. The online event will commence at 11 AM EDT/3 PM GMT/4 PM BST/8:30 PM IST. For now, we are quite certain that this series will have at least two smartphones. We expect the OnePlus 8 and OnePlus 8 Pro to arrive on the launch date.

The #OnePlus8Series is coming. April 14.

Join GizChina on Telegram
OnePlus officially states: “The OnePlus 8 series is our most powerful and beautiful smartphone series ever. It combines ultra-fast 5G functions, a specially designed high refresh rate display and OnePlus’s iconic powerful performance”. This confirms that we can expect a high-refresh on these smartphones. 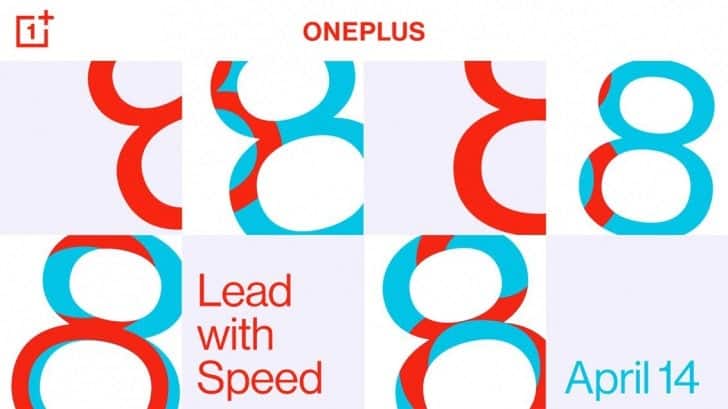 As for the OnePlus 8 series, we expect at least two smartphones in this lineup. The OP8 and OP8 Pro should arrive in April this year. According to speculations, the OP8 Pro will use a 6.65-inch AMOLED QHD + display. The screen will come with a refresh rate of up to 120Hz. Under the hood, we will have Qualcomm’s latest Snapdragon 865 SoC with up to 12GB of RAM. It may also include a 4,500 mAh battery that supports 50W fast charging and wireless charging. The main camera is a Sony IMX 686 sensor. This series will come with Google’s latest Android 10 OS out-of-the-box and it will certainly be more expensive than its predecessor.
These smartphones come with a couple of differences. While the OnePlus 8 uses a 90Hz AMOLED display with a 1080p resolution, the Pro model will arrive with a 120Hz QHD+ AMOLED panel. Furthermore, the OP8 uses a triple rear camera sensor while the OP8 Pro comes with a quad rear camera solution. The Pro model will also have a bigger battery, fast wireless charging, reverse wireless charging, and up to 30x digital zoom. According to speculations, there will be a third device in this series but nothing is certain for now. There are reports that this smartphone will be called OnePlus 8 Lite. Furthermore, some reports claim that the so-called OP8 Lite will hit the market as OnePlus Z.
Source/VIA :
Twitter