After successfully upgrading its Oppo Find series with the X2 and X2 Pro, the Chinese firm is now gradually shifting its focus to the Reno lineup. Gradually we say since the company still has two new X2 devices, namely X2 Lite and X2 Neo to unveil to Global markets. Earlier today, we saw reports about a new Oppo Reno 5 that is set to come in May. Now, a leaked render that is aligned with previous leaks, confirms that the Oppo Reno Ace 2 will boast a Circular Camera array.

The render also gives us a good glimpse of the smartphone bezel-less display. This time, however, there’s no waterfall display, instead, we have a flat-screen with a punch-hole for the selfie snapper. This display is expected to include an in-display fingerprint. According to TENAA’s evidence, it will be a 6.5-inch AMOLED screen. 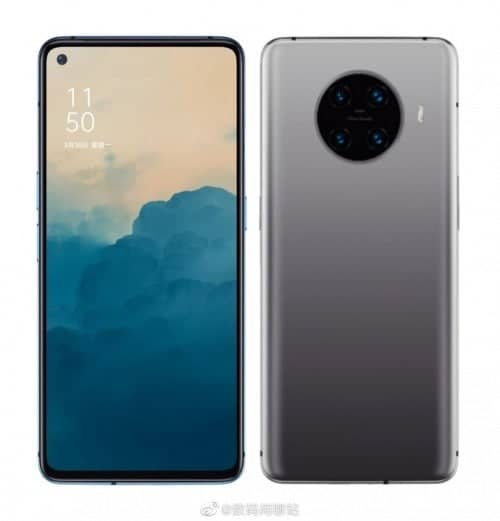 Unfortunately, details about this handset are pretty scarce at the moment. The Reno Ace 2 boasts the Snapdragon 865 SoC hooked with 12GB of RAM and, probably, 256GB of internal storage. Another rumor, suggests a 4,000mAh battery, which is slightly small for what we have on current flagships. Despite the size, the battery should charge insanely fast thanks to a new 65W fast-charging technology. The phone will also support 40W wireless charging which is just awesome.