OnePlus is expected to announce the OnePlus 8 and 8 Pro at an online event on April 14. Although the launch date has been announced, the officials did not disclose much information about these two devices. However, due to the large number of leaks, we knew almost everything about the devices, including accessories.

The leaker @evleaks has shared a new picture showing the official OnePlus 8 and 8 Pro cases, just like the previous OnePlus devices. They will be available in multiple colors and feel, such as Sandstone Black and Karbon. These cases will be sold with the devices together. The image also confirms the rear camera arrangement of the two OnePlus devices. It seems that the OnePlus 8 will provide three cameras, and the 8 Pro will have four cameras on the back and a camera similar to the ToF sensor. 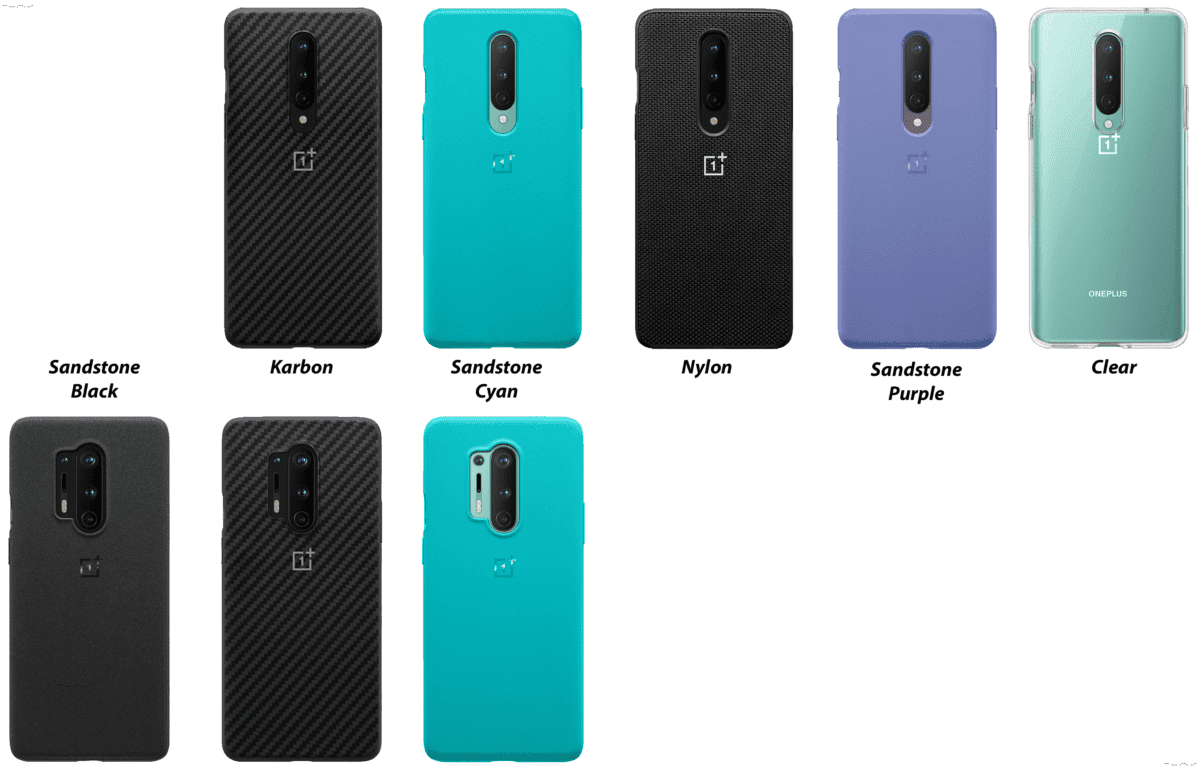 According to the latest leaks, the OP8 series will be equipped with a full 120Hz fluid display. The OP8 series is also the company’s first complete 5G series. Other rumors include a Snapdragon 865 SoC, 8 GB RAM and IP68 waterproof rating.

It is worth mentioning that the company’s CEO recently gave a clue to the price tag of these smartphones. According to OnePlus founder and CEO, Liu Zuohu, the OnePlus 8 supports 5G networks and will not sell for more than $ 1,000 in the US.

Although Liu Zuohu did not disclose the specific price, we already know that the OP8 is cheaper than the Galaxy S20 5G which costs $999.99.Liu Zuohu also said that relative to 4G, 5G faces so many challenges. According to him, most of these challenges are technical. For instance, how to implement multiple antenna layouts in a compact body is a challenge. On the other hand, it is costly. The entire supply chain ranging from raw materials to 5G chip prices are generally rising. However, as production and technology gradually mature, the price of 5G mobile phones will gradually decline. This is certainly a process that will take some time.

Next Get some coupons in CHUWI brand sale on Banggood