According to the creators, UTM is an application that runs Windows and Linux operating systems on your iPhone or iPad. Plus, the speeds are quite acceptable. Some users try to run Windows 10 on an iPhone X with UTM. And it worked well.

For virtual machines running on mobile hardware, this app works well and doesn’t make you feel like an emulator. Although the developers did a great job, the performance was still slow and it took more than 30 seconds to open applications such as File Explorer or Settings. 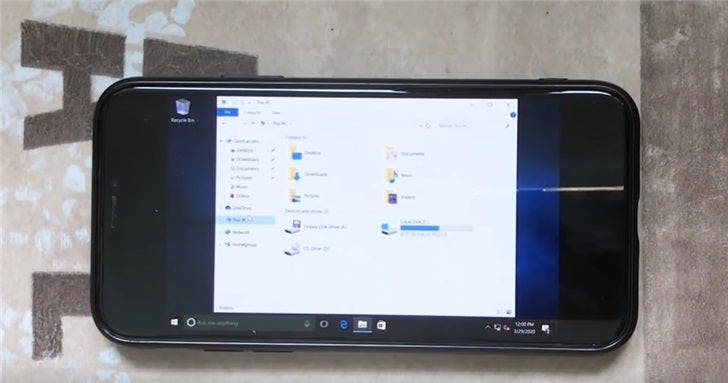 It’s worth noting that this didn’t involve jailbreaking or hacking. The developers actually managed to launch the Windows 10 VM virtual machine in about 20 minutes. Windows 10 on iPhone X is able to respond and run File Explorer, Settings, Office applications and even Paint.

As you understand, Windows 10 on the iPhone X is not fast. For example, it takes more than 20 minutes to run an older version of Windows 10, and it takes several seconds to start a basic application.

The developer stated, ‘I’m using Windows 10 v1607 in this video. The installation from the original ISO file lasted ~2 hours. “Normal” boot time is around 20 minutes. I think we could have better performance with the newer iPhone/iPad model.’

Although you don’t need to hack or jailbreak your iPhone to start Windows 10, you don’t have Apple’s approval. So you must sideload the app.

How To Run Windows 10 On iPhone X?

If you are interested, you can follow these steps to run Windows 10 in a virtual machine on your iPhone: