Chinese manufacturing giant, Meizu, is getting set to unveil its latest flagship smartphone, Meizu 17. Recently, the rear cover of this smartphone hit the web again. The back cover shows that Meizu 17  cameras are horizontal (we already know this). However, it seems to come with some sort of “explosion-proof shield”. 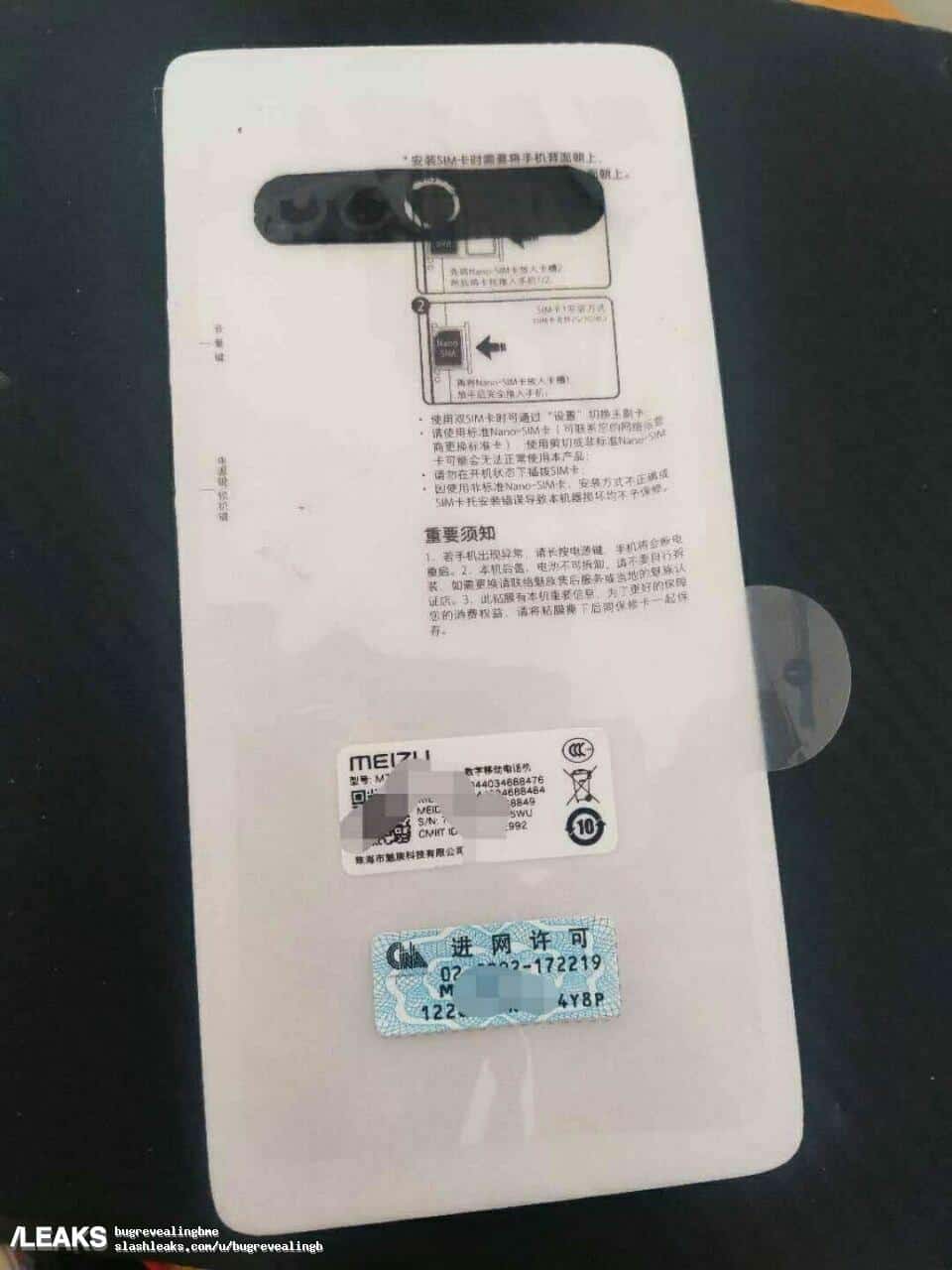 Previously, there were reports that the camera arrangement of Meizu 17 is similar to the Galaxy S10. Therefore, Meizu 17 may adopt this layout scheme. However, the exact number of sensors on the layout is still unknown. Nevertheless, looking at the camera horizontal layout, at least five or even six sensors can fit in. Furthermore, it appears that the central sensor still uses a ring flash solution.

According to recent information, the Meizu 17 will use a 6.5-inch 90Hz OLED curved screen The display uses a center punch-hole that houses the selfie camera. This device will come with a 64MP main camera coupled with a 20MP wide-angle camera and a 12MP telephoto lens. The main camera is a Sony IMX686 sensor. Under the hood, we have a Snapdragon 865 processor + LPDDR5 + UFS 3.0 solution.  Of course, this device will support 5G dual SA / NSA network. There are also reports that this smartphone will support Wi-Fi 6, horizontal linear motors, dual stereo speakers, and NFC. On the battery end, we have a 4500 mAh that supports a 30W wired fast charge.

It is worth noting that this smartphone has passed 3C certification and it supports 30W fast charging. It is not yet sure whether it will support wireless charging. Huang Zhang, founder of Meizu Technology, said that Meizu 17 will also have new innovations in terms of materials, images, and experience. The 17 series will definitely be a good-looking and easy-to-use product.

Previous Head of Xbox Commented on PS5: Our Hardware Choice Is Better Than PS5