Samsung should to launch another flagship smartphone later this year, it will be the successor to last year’s Galaxy Note 10. We have started talking about a new phone that will arrive as the Galaxy Note 11, but considering how Samsung went straight to the Galaxy S20 brand, there’s a good chance that its next phablet will be launched as the Galaxy Note 20. This Galaxy Note 20 leak left a major clue to its design, in particular, that of the high-level Galaxy Note 20 model. Who knows if Samsung also ends up using the “Ultra” brand also with the Note series.

The leaker @rquandt has posted some pictures of a mold for embedding what could be the Galaxy Note 20+ or 20 Ultra. The LED View Cover is a basic accessory for Samsung’s flagship products, so it would be logical that the company also offers one for future Galaxy Note 20s. 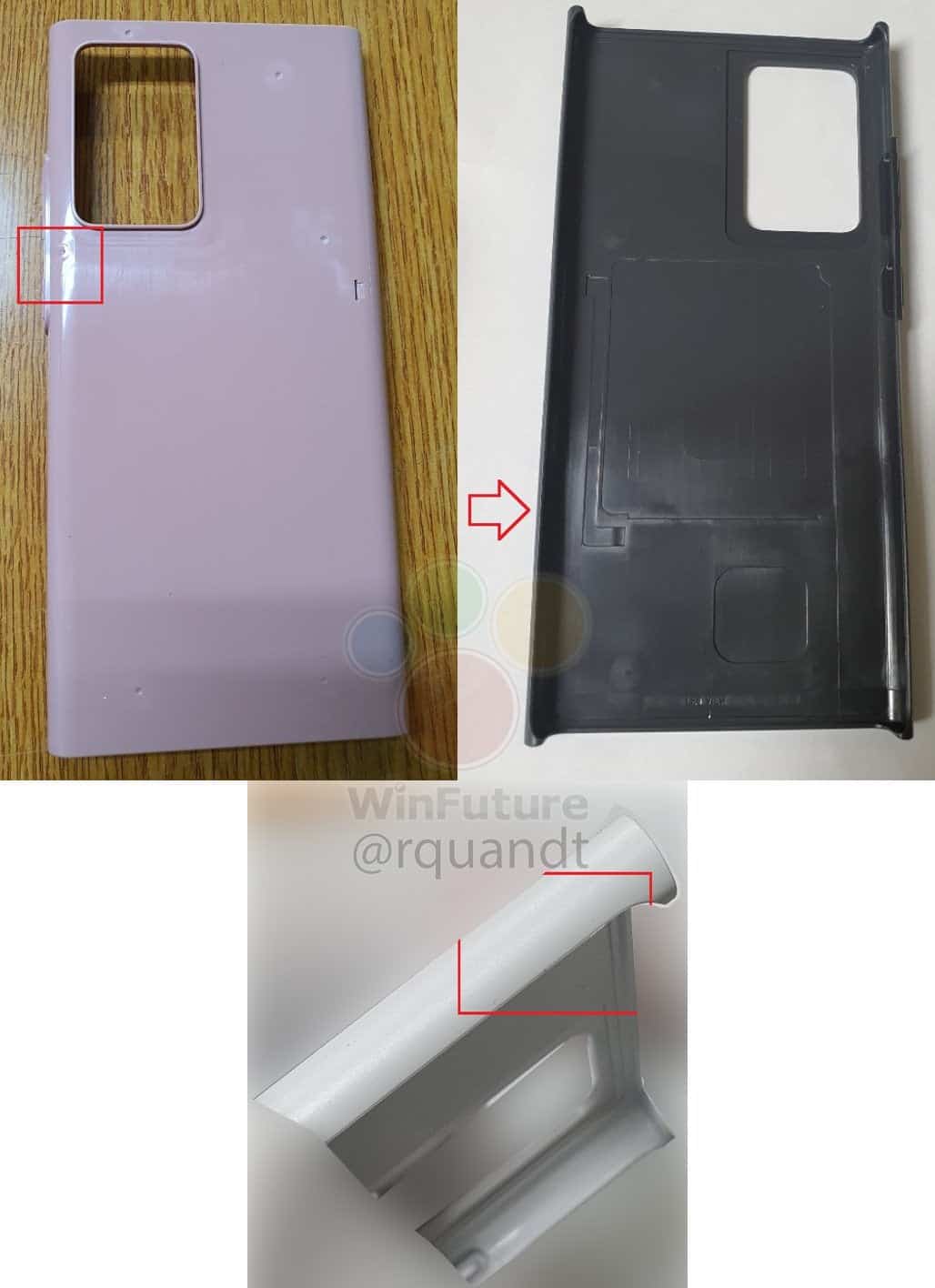 The aspect ratio of the phone seems to be the same as last year. But that’s not what stands out here. The massive cutout of the rear camera compartment is impossible to ignore. The module seems to be very similar to that of the Galaxy S20 Ultra. It’s not surprising, given that we already expect the high-end model of the Note 20 to have the same specifications as the Galaxy S20 Ultra with the stylus as the real difference.

This mold also has the hardware buttons on the right side of the frame, a design choice that has been regularly used in recent Samsung smartphones. It will be completely opposite to the Galaxy Note 10 buttons which were all placed on the left side. This is far from the only leak of the Note 20 because we will surely see more in the months to come. However, with respect to the state of the world at the moment regarding the coronavirus pandemic and all of its consequences, we will see whether Samsung will present it as usual with the planned arrival of the Note 20 in August this year.

Next What are the benefits of Wi-Fi 6? - Here are what you need to know