The market of LCD displays is about to face a major slow down with big companies such as Samsung and LG leaving it. Now eyes are shifting to a new technology that may turn these displays relevant again – Mini LED. According to a report, one company is working hard to implement this technology and we’re talking about one of the major LCD manufacturers in the world – BOE. The report indicates that the company is developing a 27-inch 4K display with a 2048-zone mini-LED backlight.

For those unaware, Mini-LED is a brand new technology for displays that are promising deeper blacks and a bigger contrast ratio. LCD panels are lit with standard LEDs, mini-LEDs as the name suggests, are smaller than regular light-emitting diodes. Companies can fit more mini-LEDs than regular LEDs on an LCD display. Thus improving the brightness, image quality, and overall contrast. Chinese companies are betting on mini-LED technology to keep LCD displays relevant and even put it ahead of OLED. 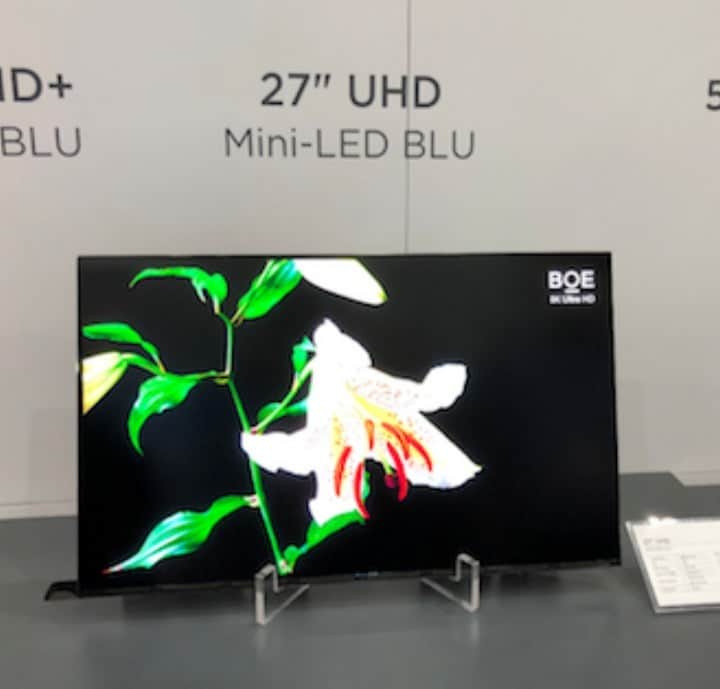 BOE has a long story with mini-LED technology. The company has been working on it for a long time and apparently is already moving to a second generation of this technology. According to the report, this new 27-inch 4K panel offers a 64×32 array which results in 2048 mini-LED partitions. The display supports HDR and has a peak brightness of 1000nit. Despite the fact that refresh rate and response time are unknown, the panel allegedly supports a 99% DCI-P3 color gamut.

BOE is yet to start mass production of this panel, but the price will be lower than regular LCDs. That’s one of the major benefits of this new technology. It can deliver more for less, not only reviving but also increasing the value for money of LCD panels.