In recent times, there have been numerous leaks and speculations regarding the upcoming OnePlus 8 series. Recently, a new OnePlus device with model number OnePlus IN2025 appeared on Geekbench 5 database. According to reports, this smartphone is probably the OnePlus 8 Pro. The GeekBench 5 database shows that OnePlus IN2025 scores 906 for single-core and 3398 for multi-core. This smartphone comes with 12GB of RAM and runs on Android 10. The OnePlus 8 series will officially arrive on April 16. 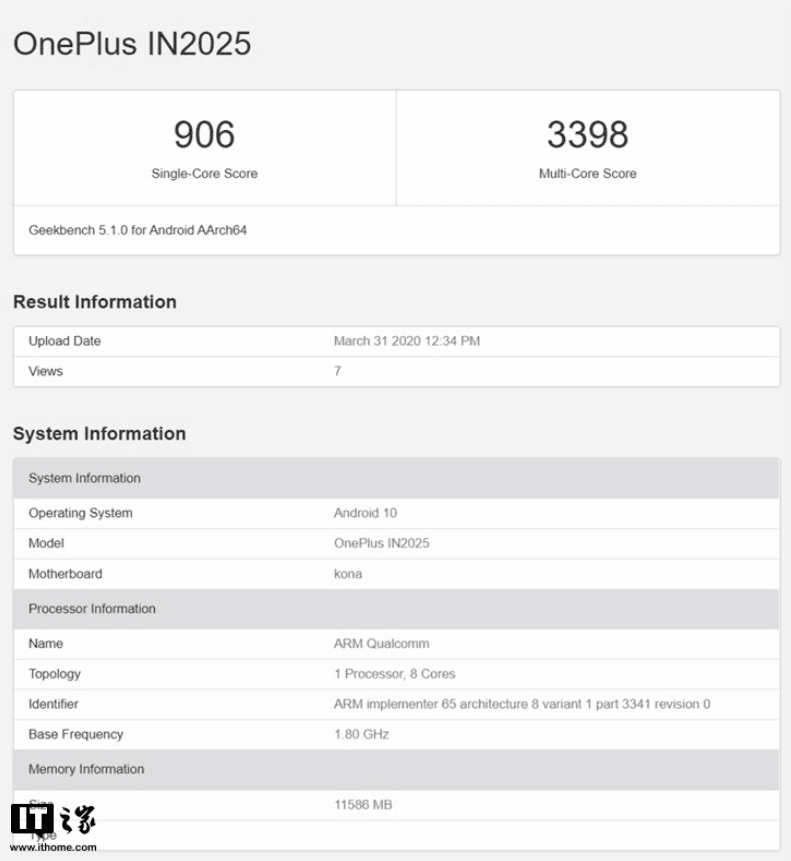 According to speculations, the OnePlus 8 Pro will come with a 6.65-inch AMOLED screen with a 120Hz refresh rate. This smartphone will use the latest Qualcomm Snapdragon 865 SoC and Adreno 650 GPU. There will be four cameras on the rear as well as a ToF sensor. Its 4500 mAh battery supports 10V 5A ultra-fast charging and also supports 30W wireless fast charging. The appearance of the OnePlus 8 Pro from different outlets are basically the same. They all use the same vertical (center) triple camera setup with the fourth sensor lying astride the triple camera array.

OnePlus 8 series will have multiple models

Till 2018, OnePlus used to launch two phones per year but that changed in 2019 when the company announced the Pro model. Thus, the number of phones for a year bumped to four excluding two McLaren Editions. That said, in 2020, we might see even more phones from the company as they are planning to launch a ‘Lite’ variant of OnePlus 8 as per recent leaks.