The Chinese manufacturer, Meizu, is getting set to unveil the Meizu 17. Recently, the specs of the smartphone have leaked confirming that the device will arrive with a Qualcomm Snapdragon 865 flagship SoC. In addition to a maximum of 12GB memory and 256GB storage. It will use a 64MP AI main camera in a quad-rear camera setup. The battery capacity is 4500 mAh and it supports 30W flash charging.

Today, we have the alleged Meizu 17 AnTuTu score. The screenshot shows that the model of the machine is M2081, and has scored 580851 points. It will be one of the most powerful Android flagships of the moment. 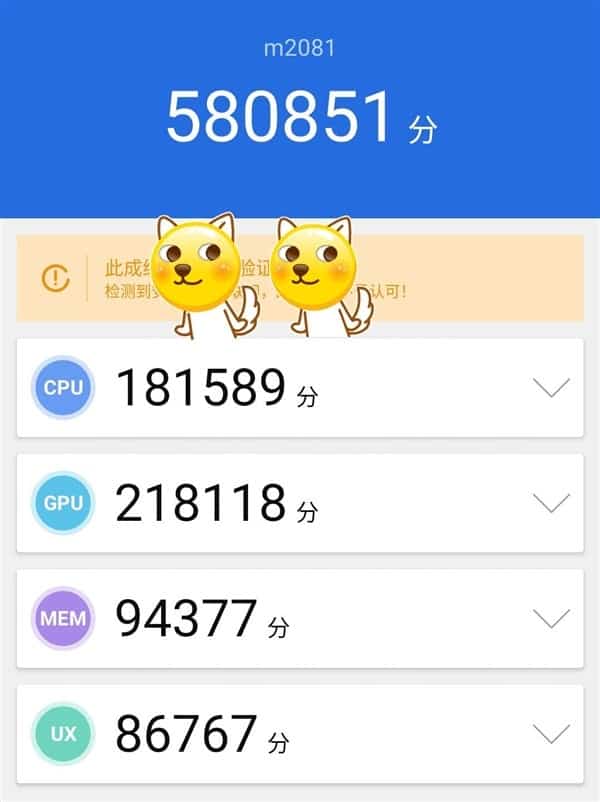 Previously, the two models M081Q and M081M of Meizu 17 have passed 3C certification. It could all be variants of the upcoming device.

According to the Snapdragon 865 score list released by Antutu in March, the top 8 scores were above 586,000 points. And the highest even reached 606,000 points. It can be seen that Meizu 17’s score are not particularly very high, but they can also be ranked in the top 10. Since Meizu 17 has not been released, this should be the score of a test machine, and there is still room for improvement.

According to previous reports, Meizu 17 will be officially released this month. It will adopt the shape of a holed screen, the screen size is 6.5 inches, the refresh rate is 90Hz, and the type is AMOLED.

In terms of core configuration, Meizu 17 will arrive with the Qualcomm Snapdragon 865 flagship platform and supports SA, NSA 5G dual-mode. It has up to 12GB of RAM and 256GB of storage, alongside a rear-mounted 64MP camera. The battery capacity is 4500mAh and supports 30W flash charge.

Earlier, it was reported that Meizu17 was priced at 3,999 yuan ($570) and its authenticity has yet to be confirmed. We will keep you updated.

Previous Gboard: The Search button has disappeared from Google keyboard