Last month, professional rugged phone manufacturer Ulefone launched a new flagship device – Armor 7E. It features a triple camera with 48MP main sensor and the most powerful P-Series SoC from MediaTek, Helio P90. Many users are understandably curious about its performance. So Ulefone in response released two videos on YouTube showing the performance of the device.

Armor 7E sports the Helio P90 SoC backed by 4GB of RAM and 128GB of internal storage and this combinaton achieved a score of 212653 points in AnTuTu Benchmark test, while the CPU score was 82227 points and the GPU score was 41367 points. So the performance has surpassed the Qualcomm Snapdragon 7 series processors. Furthermore in the AI Benchmark  it gets a score of almost 5000 points.

You might think benchmarks are just promo stuff and the real-life performance may be entirely different. But as seen in the video, apps don’t take ages to load and there’s  almost no stutter or frame-rate dropping. Watching YouTube, checking posts on Facebook, playing online games  and chatting with friends on Messenger etc. were all smooth and fast. The 48MP triple rear camera system helps to capture detailed photos with lower noise and bright colors, pretty close to the original. On the front there is a 16MP selfie shooter for selfies and face unlock function.

As stated above, Ulefone Armor 7E is a rugged device featuring IP68, IP69K certifications and MIL-STD-810G standard certification for water resistance, dust resistance and drop resistance. It can even handle extreme temperature and variety of severe outdoor environments. Also it features a heart rate detection and it’s practical for sports enthusiasts. 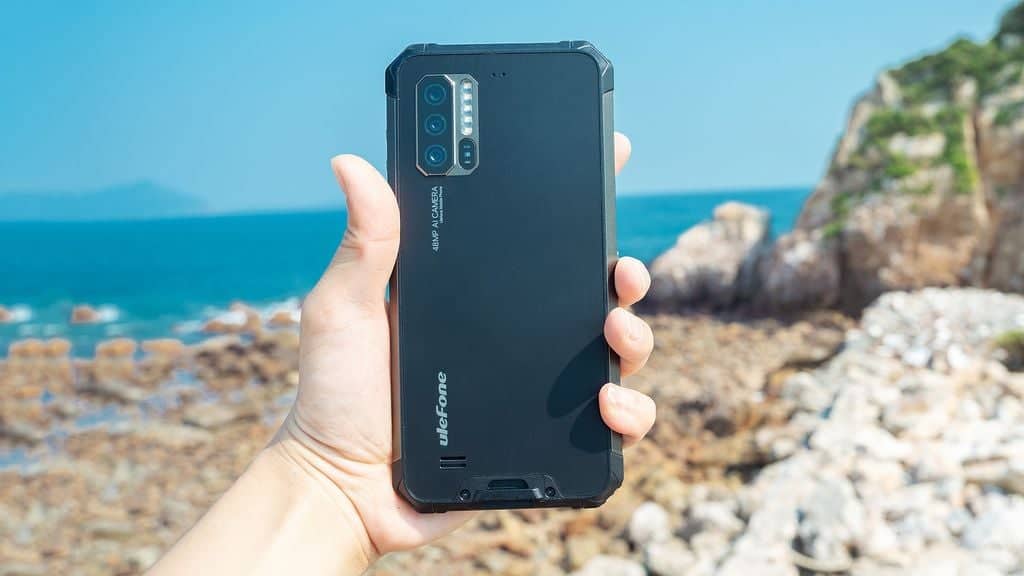 The phone is already on hot sale or only $269.99. If you are interested  you can grab the Armor 7E on Aliepxress. To learn more about the device you can head to the official website.

Next Huawei To Release Enterprise Smart Screen On April 17