After many months surrounded by speculations regarding Motorola’s next flagship phone, the company finally confirmed that the Motorola Edge+ will be revealed on April 22. Along with it we also expect a vanilla Motorola Edge with Snapdragon 765G. Today, this standard variant appeared on Twitter. We can get a good view of the handset’s back in all its glory. 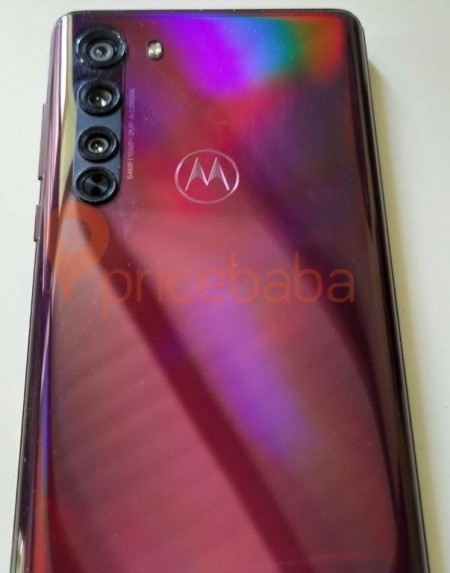 The Motorola Edge will indeed come with a triple-camera setup in a vertically aligned array. The camera’s island will comprise 64MP + 16MP + 8MP AI modules. There’s a fourth hole that is likely reserved for the Laser Auto-Focus. The leaked variant of the Edge features a bright red color covered by a layer of glass. Interestingly enough, the new Edge flagships represent the company’s departure from a design language based in Moto Mods support.

Also on the back, we have Motorola’s logo and apparently it’s not doubling as a fingerprint scanner. We also have a regular power button and volume rockers on the right side of the phone. So the smartphone is likely to come with an in-display fingerprint scanner. The display itself is rumored to come with 6.67-inch and boast FHD+ resolution and 90Hz refresh rate. Moreover, the display will have a punch-hole on the top left part comprising a 25MP selfie snapper. The handset is said to boast 6GB of RAM and 128GB of storage.