Xiaomi’s MIUI is easily one of the most popular and most successful custom Android skins. We’re starting to see ColorOS 7.0 becoming relevant, but MIUI still stands as the most popular thanks to a huge community with active support. The software is about to win its 12th iteration in the form of MIUI 12. According to reports, the new software version will be revealed along with the Mi 10 Youth. However, that’s just the start. Xiaomi is pretty aware of how Mi fans are eagerly expecting the new software version. The company is sharing some tidbits about its new OS. Among new visuals and features, the company will introduce a brand new Dark Mode 2.0.

We saw the rise of Xiaomi’s Dark Mode in MIUI 11, now the company will introduce new features and here are the most appealing ones.

One of the most notable features within Dark Mode 2.0 will be the smart wallpaper dimming feature. The most interesting bit about this new feature is that it will try to smartly adjust the wallpaper in a way that simulates the light transitions during the day cycle.

Unfortunately, there are no details mentioning if this feature will be limited to system wallpaper or if it will be available to applied wallpapers. The latter option would be really interesting. However, it doesn’t seem to be feasible. 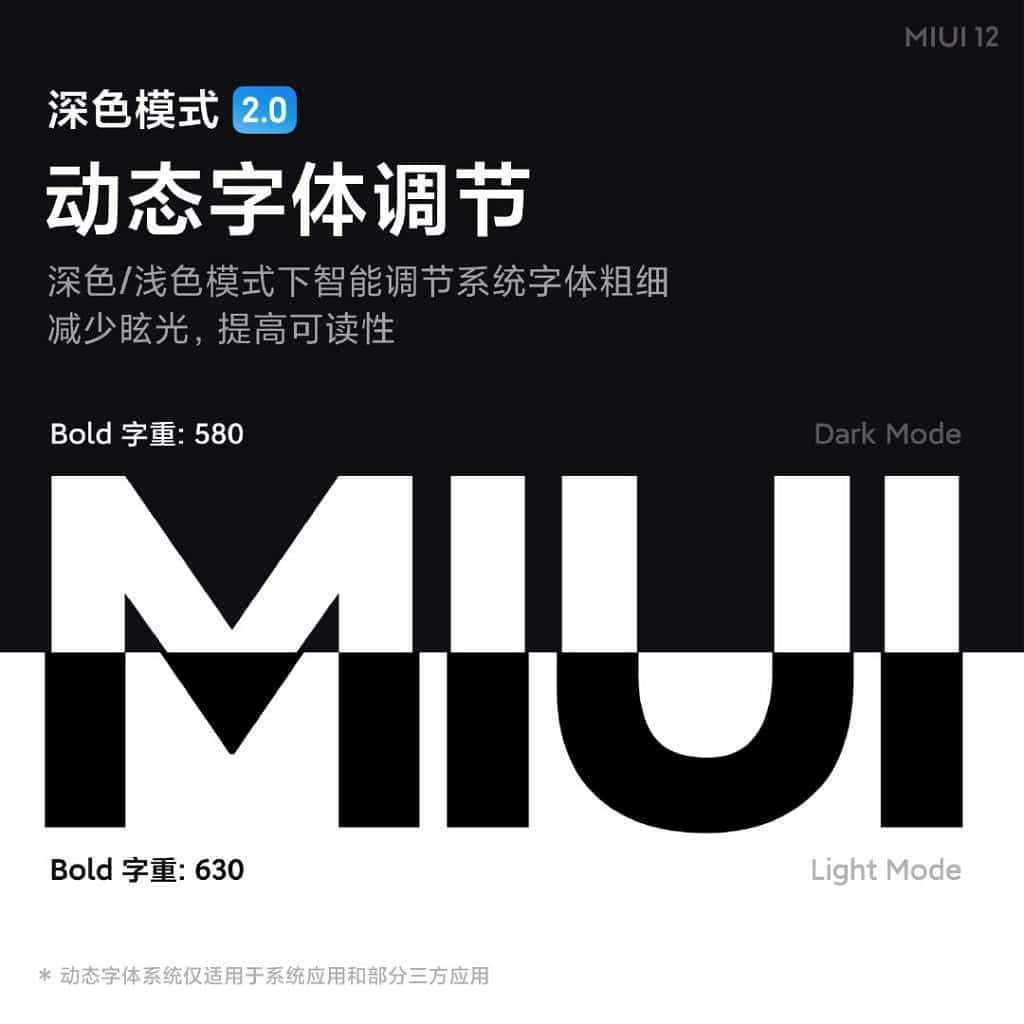 The software will revert changes if you enable light mode avail. Thus making both modes more comfortable to users.

The new contrast adjustment is a good move from what MIUI 11 already had. The system will adapt the text dynamically according to the amount of ambient light. That way, users’ eyes won’t be hurt during the night and the reading experience during that period will much more pleasant.

For now, that’s everything that Xiaomi decided to disclose. However, it’s the first time that we get an official set of features from MIUI 12. We probably know more from the company in the coming weeks.

Next Xiaomi is reportedly developing a clamshell-like foldable smartphone