Our colleagues from the German site WinFuture has announced a release date for the Surface Earbuds. They will be on sale in Europe from May 6. Microsoft’s new wireless headphones were unveiled in early October during the Redmond company’s special Surface event. Without an official date announced, they were announced that they will be available at “the end of 2019”. We learned a month and a half later, though Panos Panay, Surface product manager, that they were finally pushed back to 2020, without further details.

The German site specifies that this date of May 6 comes from several European retailers. They have no doubt started to prepare the Surface Earbuds product sheet. In addition, they indicate that the price of these will be 199 euros ($215). It is more expensive than the Samsung Galaxy Buds+ which are at 169 euros, but much cheaper than the AirPods Pro from Apple, sold at 279 euros.

Surface Earbuds offer up to 24 hours of listening time, with the case 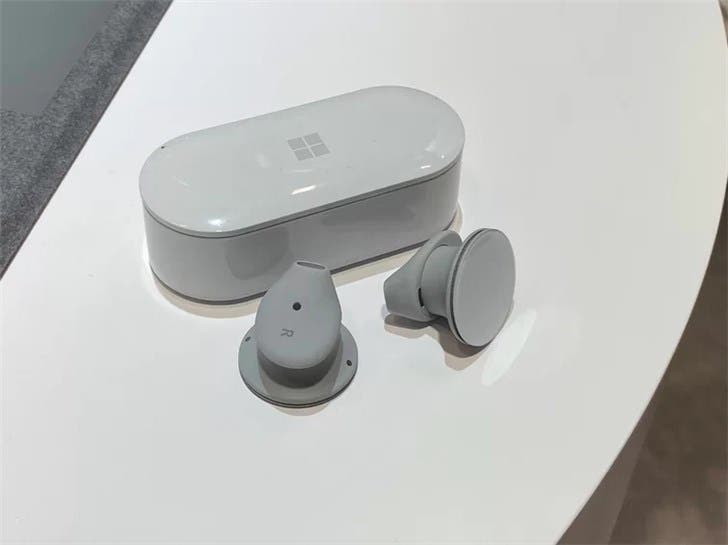 Surface Earbuds are True Wireless headphones that work via Bluetooth. Microsoft has chosen a design that goes well with their name. Indeed, the outer part is a flat surface. It serves as a touchpad for all commands. Thus, once inserted in the ears, these headphones should be rather discreet, especially when they will be offered in different colors, which is not the case at the moment.

In terms of technical characteristics, the Surface Earbuds have an active noise reduction system (ANC). In addition, thanks to their integration with the Office 365 suite, it is possible to order and manage all of its documents by voice. Regarding the battery, according to the information provided during the presentation in October, a full charge should allow up to 8 hours of listening. And the case to add 16 more hours. Giving it a good autonomy compared to the competition.