LG smartphone business isn’t in the point it was five years ago. However, the company is still trying to get its place in this fierceful dispute against Samsung and the Chinese bandwagon. Now the company is gearing to release it’s the most interesting smartphone in quite a while – The LG Velvet. If it’s not your cup of tea, you have to agree, that this is the first smartphone coming from company the leaves the worn-out G ThinQ series. The new device will go official on May 7 and will replace the G-lineup.

The company has been revealing some teasers to generate hype for this smartphone. Among these teasers, we got the handset design and the fact that it is powered by the Snapdragon 765G. Now, we got full details regarding the specifications.

Besides the aforementioned chipset with a 5G integrated modem, the handset will come with 8GB of RAM and 128GB of storage. It can be further expanded since the microSD isn’t leaving.

Furthermore, the leak confirms a 48MP main rear camera with Optical Image stabilization. There’s also an 8MP ultrawide module and a 5MP depth module. Apparently, the smartphone’s primary camera is the Samsung ISOCELL Bright GM2. Moving around the front, we have a waterdrop notch display that the leaks fail to reveal the size.  The 16MP selfie unit lives in the notch and the display also sports a under-glass fingerprint scanner.

The LG Velvet also has an IP68 rating for water and dust resistance along with the MIL-STD rating. The phone’s overall dimensions are 167.1 x 74 x 7.85 mm, while it weighs in at 180g. The smartphone draws power from a 4,300mAh battery and it supports fast-wired charging as well as wireless charging. The new handset will retail in its home market for KRW 899,800 (~$730 / €675). Considering this price tag is possible to guess the prices for Europe and the US and we’re sure you’re not happy.

Read Also:  Nothing phone (1) is coming with Snapdragon 778G+ after all 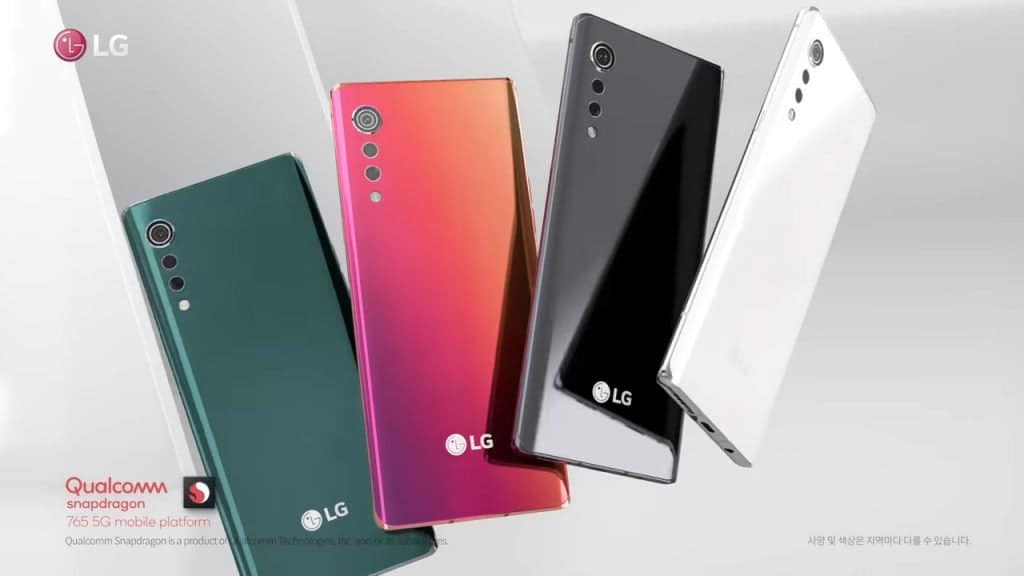 The Snapdragon 765G is a good and capable chipset, but it still is a mid-range processor. There are good smartphones arriving in the market with Snapdragon 865, like iQOO Neo 3 and Redmi K30 Pro that are much cheaper than the Velvet. So, we’re probably going to see a huge backlash from smartphone enthusiasts. The SD765G will come in the Mi 10 Youth and we’re sure that it will be much cheaper than the Velvet.

What is your opinion about the Velvet

We’re sure that the LG Velvet is an important step given by the company to reinvent its smartphone business. However, can it stand against the competition? While it comes with advanced features such as wireless fast-charging and 5G connectivity, we’re sure that customers will consider other options before looking at it. The fact is, LG wants this smartphone as a flagship, but we all know that it’s more like an upper-mid-range device.

What is your opinion? Leave in the comments section below.