Xiaomi is currently working on its next smartphone dubbed Mi 10 Youth Edition under its Mi 10 lineup. The device has already made its way to the TENAA certification and is now waiting for the official unveiling on April 27.  Ahead of the launch, the company has revealed the display specs of the device to hype it up. 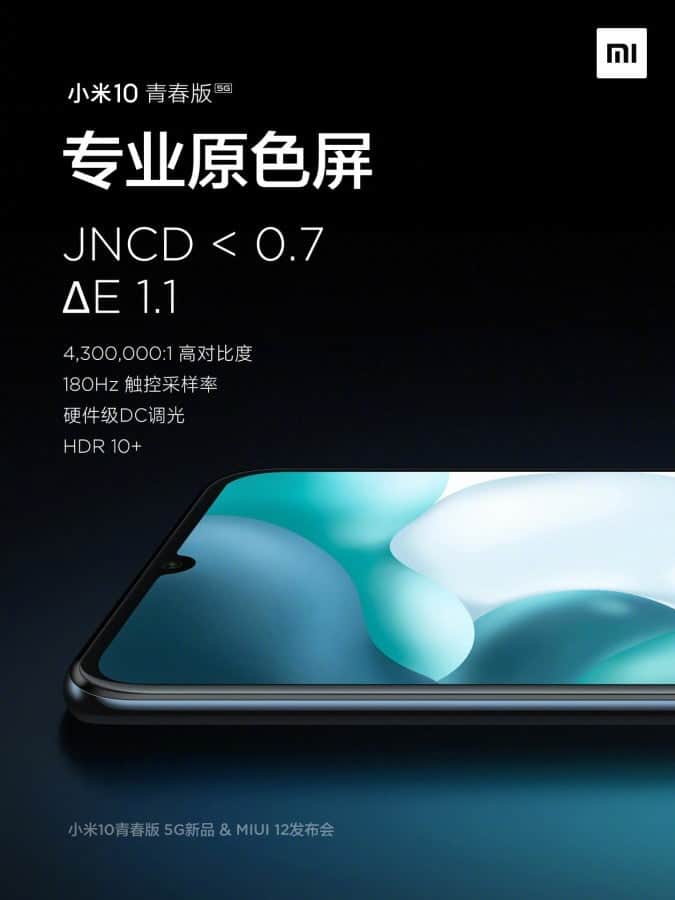 Earlier today, the Chinese smartphone maker posted some teaser images on its official Weibo platform. Well, the upcoming Youth Edition will arrive with Samsung-made Super AMOLED panel. Furthermore, Xiaomi is teasing a diamond pixel arrangement to deliver ‘diamond quality’. As you can see from the images, the display comes with a deltaE of 1.1. For those who’re unaware, deltaE measures the amount of change in visual perception of two colours. The factor indicates how accurate a display is. 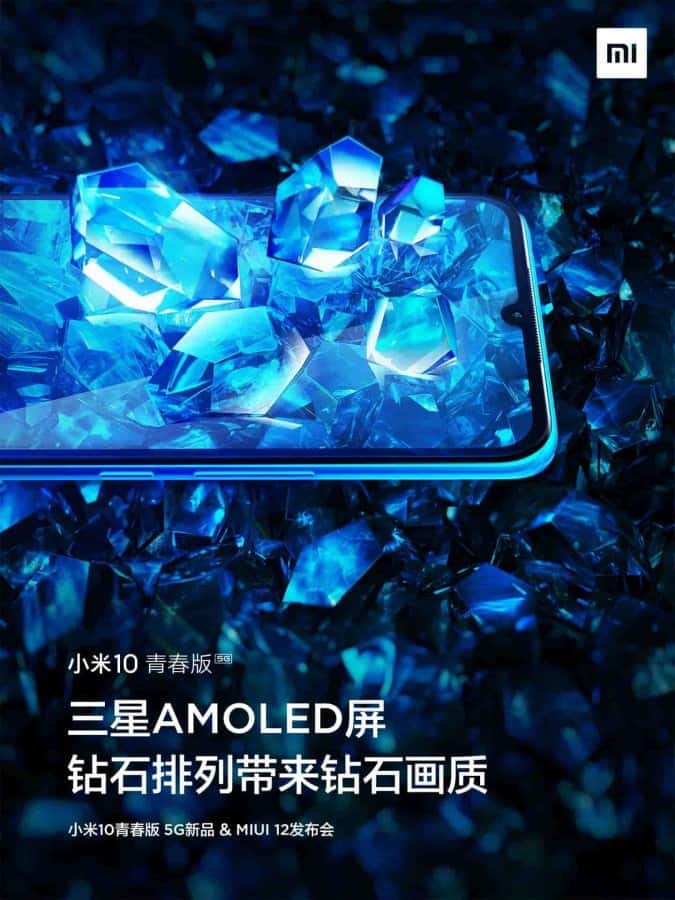 With that said, Xiaomi is factory tuning each unit to work on colour accuracy. The display also comes with a JNCD (Just Noticeable Color Differences) less than 0.7. It is basically the measurement of minimum colour difference that a human eye can spot. For contrast, we’re looking at 4,300,000:1 figure. Since it is a Samsung panel, the phone also comes with HDR10+ support.

Another interesting addition is the DC dimming which can minimize the flickering at lower brightness levels. Lastly, we’re looking at a 180Hz touch sampling rate indicating towards 60Hz refresh rate (most likely).

Xiaomi Mi 10 Youth Edition will arrive with dewdrop notch housing the front selfie camera. Under the hood, the phone will run on Snapdragon 765 chipset with 5G connectivity support. In terms of optics, we’re looking at quad rear camera module with 48MP primary sensor, an 8MP ultrawide lens, 5MP macro and a periscope lens. The periscope lens will offer up to 50x digital zoom and OIS. All of these are going to be backed by a 4,160mAh battery with the support of 22.5W fast charging.

Next LG Velvet has solid specifications, but the flagship price can ruin everything