Chinese manufacturer, Meizu, will hold a press conference on May 8th where it is expected to unveil the Meizu 17 5G flagship smartphone. Although we already know much of the specs of this device via speculations, the company is now officially confirming some of these specs. Yesterday, Meizu took to its official Weibo handle to announce that the Meizu 17 will come with a Snapdragon 865 flagship processor as well as a UFS 3.1 flash memory. Now, another official poster confirms that this smartphone will come with a 4500 mAh battery that supports 30W fast charge. 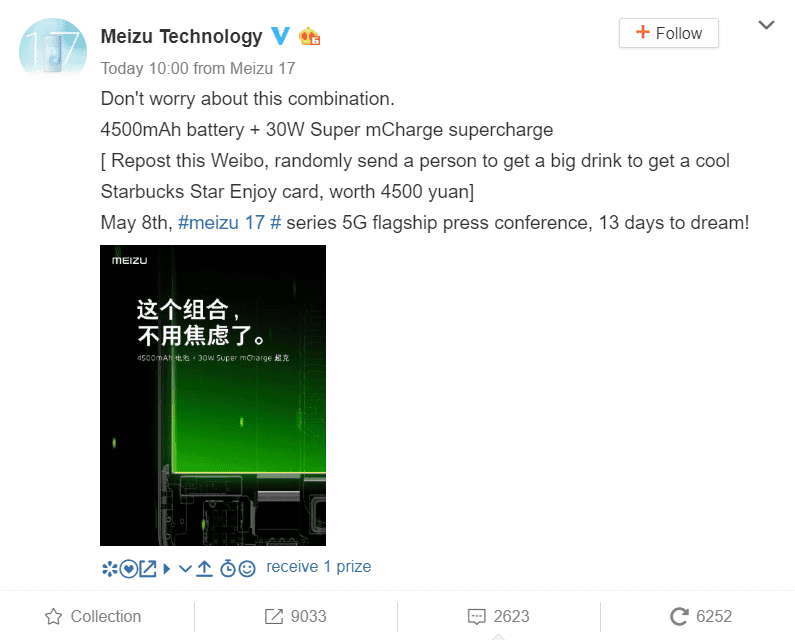 Recall that Meizu 17 also comes with a new technology called Meizu mSmart 5G. This is a power-saving technology that enables the 5G phone to save over 60% power. The company has shown that Meizu 17’s battery lasts for is 11.77 hours (with active 5G network). Furthermore, Meizu 17 can identify and connect to the 5G network faster. 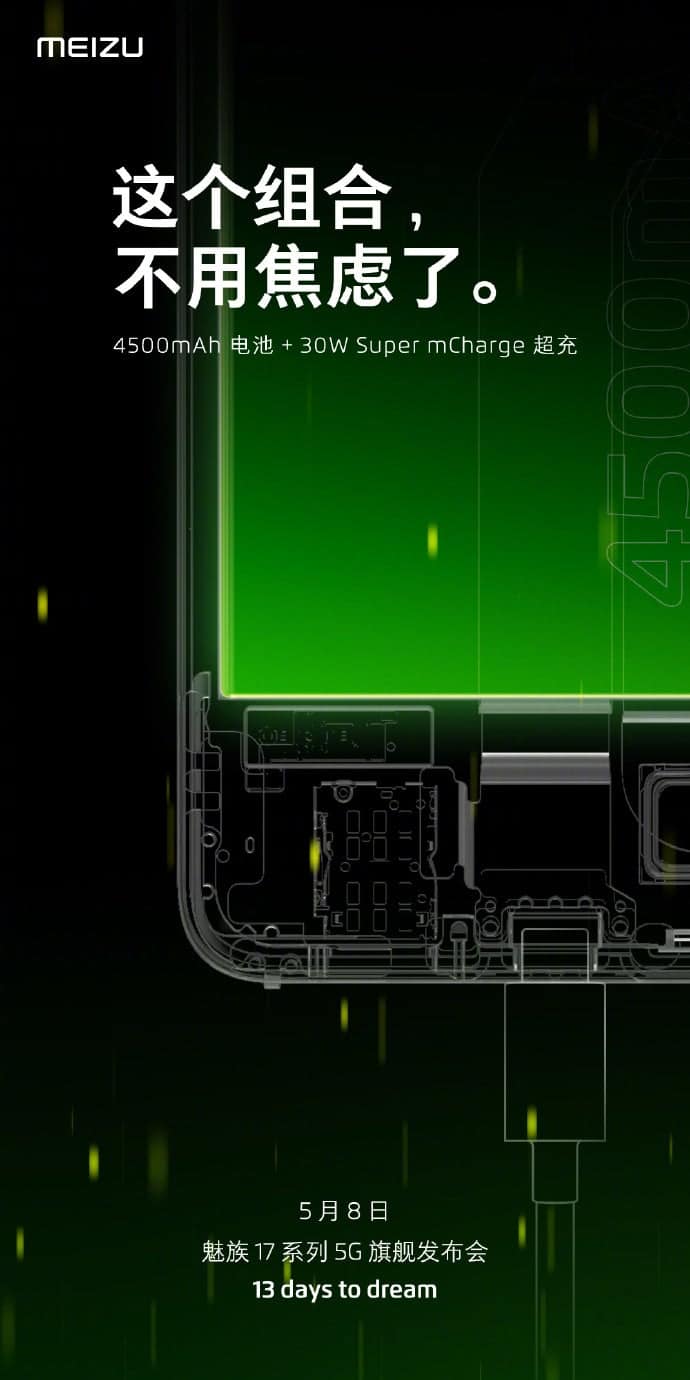 Its Snapdragon 865 SoC is Qualcomm’s main 5G high-end chip for this year. It uses the 7nm manufacturing process as well as the new Kryo 585 architecture. This chip also comes with a Spectra 480 ISP, Hexagon 698 processor, and a sensing hub. The CPU can run up to 2.84GHz. In terms of graphics processing, the Snapdragon 865 integrates the Adreno 650. This graphic chip improves the overall performance by 25% relative to the previous generation.