Realme is leaving no stones unturned when it comes to its nlineup of smartphones in the market. The recently launched X50m will speak for itself. Now, a recent post on Weibo has showcased a mysterious Realme smartphone that could possibly be the company’s first gaming phone.

A post on Weibo by Digital Chat Station showed a mysterious Realme smartphone with an unseen before design language.  The device on the limelight could be the prototype of an unreleased Realme smartphone. The post reveals two images with one showcasing the phone in all its glory. The phone seems to have a shining Black colour with a kevlar finish on the back. The phone’s fuselage has a long strip running at the centre. This design is not new to the industry as we have already seen it in Oppo’s Reno series of smartphones. There is a Realme Logo at the centre of the device. 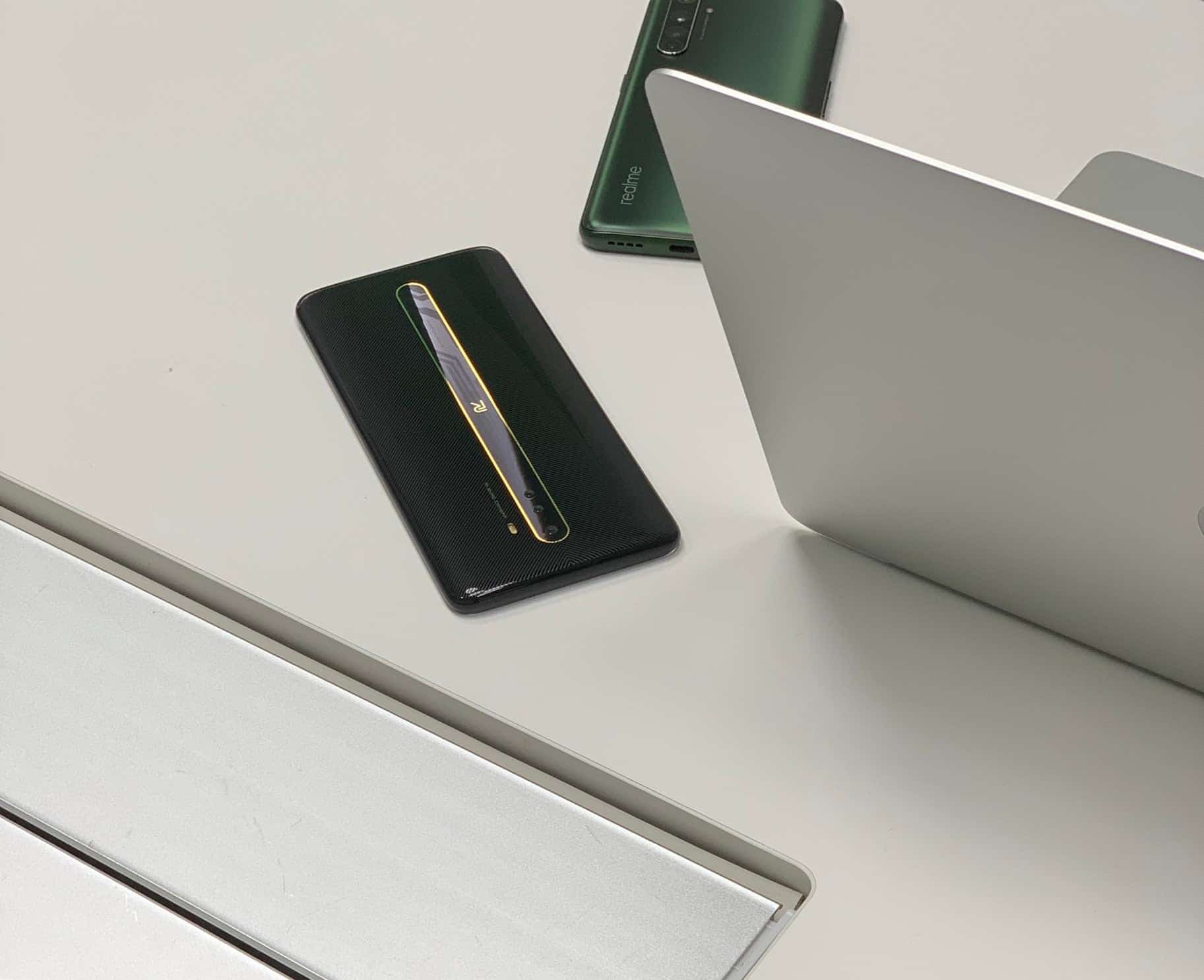 At the top, there seems to be a supposed quad-camera setup but only three sensors are visible in the image. The first one is larger which could very well be the primary camera setup. Unfortunately, other details are pretty grim at the moment. There is a flashlight at the side of the camera array.

Realme has been flooding the market with mid-range and flagship phones this year. It had earlier said that it would release 5 5G smartphones in 2020 and going by the claim, this phone could very well host the latest specs like Snapdragon 865 with 5G, UFS 3.1 storage and LPDDR5 RAM but we don’t have any information as of now. The design seems to reflect that this might be the Realme’s most ambitious project ever and we only have to wait and see in the future.

The post further questions the possibility of this being a new gaming series of smartphones and the probability is higher since Realme hasn’t ventured into the gaming realm yet and there is a sizable market for the same. One thing to note that, this could be a prototype and might not even hit the stage in future, as it has been the case with many leaked smartphones. Hence, we have to take this with a grain of salt.

Previous Motorola Confirms The Launch Of Motorola Edge Plus In India

Next WiFi 7 Coming, It Can Reach A Speed Of 30Gbps!