We can say that MediaTek had some troubles with the intense competition during the last year. It took nine months for the company to actually release a handset with a new capable chipset, the Redmi Note 8 Pro and its Helio G90T. The chipset has shown incredible powers to the gaming range while it also was very affordable. This awakened other companies that are now favoring MediaTek and its Helio G-series due to its low price. In the end of 2019, the company unveiled its most ambitious Dimensity lineup that promised to bring 5G to affordable devices.

Now, the company has sent out invites for a May 7 event that will introduce a new 5G chipset to the market. According to the tagline, this chip is “5G all-inclusive”. It’s a good hint that we’re going to see a new mid-range oriented chipset with seamless 5G support. The company currently offers the Dimensity 800 SoC for the 5G segment. The Dimensity 1000 and 1000L are also there for more premium smartphones. So the question that remains is what could this new SoC be? 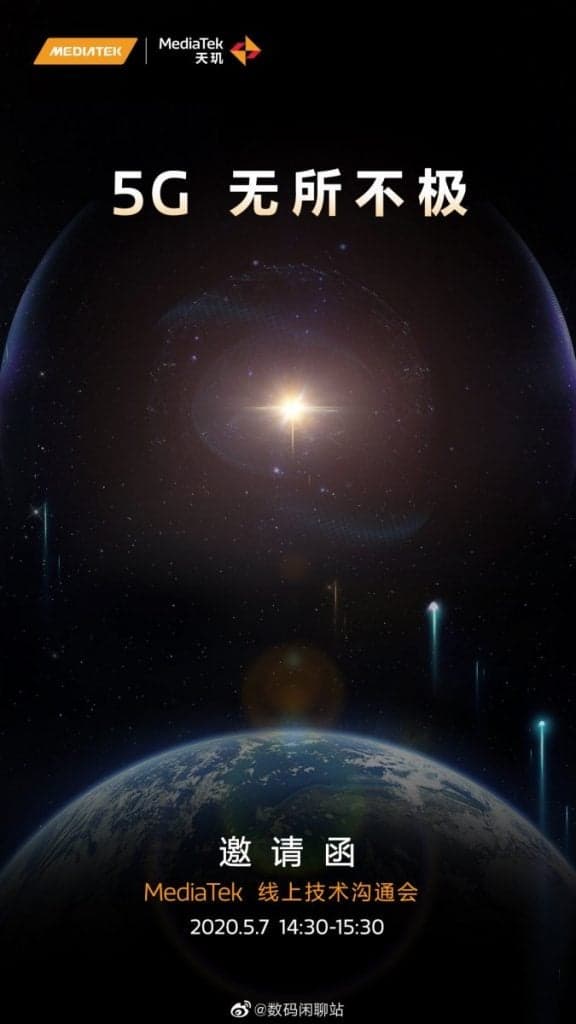 According to the leakster Digital Chat Station, this new chipset could be an MT6853 SoC aiming at the entry-level segment. Unfortunately, it’s hard to guess the marketing name of this SoC. It could be named Dimensity 600 considering that the MT6873V is dubbed Dimensity 800. Interestingly enough, there is a Redmi K30i in the works and it promises to bring the cost of 5G down to $250. MediaTek and Xiaomi already partnered in the past to launch a new chipset and smartphone. Oppo which also is an important partner for the Taiwanese company is expected to use Dimensity 900 on its A92S smartphone. So this new affordable SoC could be present in phones from Xiaomi, Oppo, and even Realme.

Unfortunately, details are pretty scarce at this moment. Thankfully, we won’t need to wait much longer. MediaTek’s 5G chipsets will be pretty important for 5G inclusion. While Qualcomm has the Snapdragon 765G companies are being kinda greed with this chipset.

Previous iPhone 12 series: mass production will be a month late & stock will be low