Chinese manufacturing giant, Xiaomi, has been quite successful in the smart TV market. The company’s TV business is doing well especially in China and India. This afternoon, Li Xiaoshuang, general manager of Xiaomi Group’s TV department and general manager of its Home Appliances Department, said that a new TV has been certified by Dolby Vision. 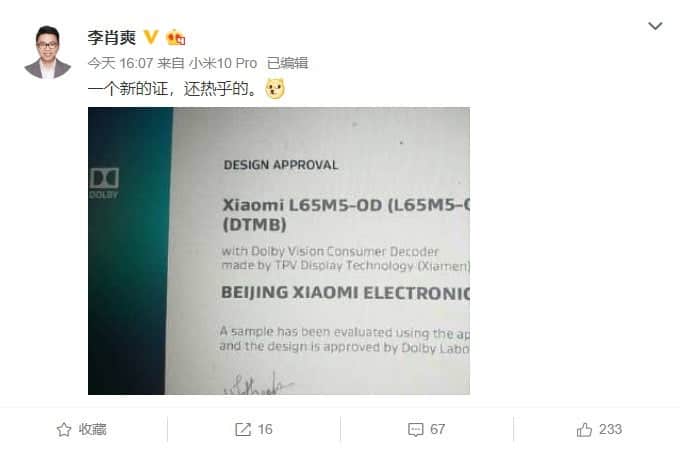 According to the model number (Xiaomi L65M5-OD) shown on the Weibo post, this TV is most likely a 65-inch smart TV. There are also speculations that this TV will come with an OLED display panel.

In 2019, Xiaomi shipped over 10 million smart TVs in China alone. The company was also the top TV manufacturer in its homeland. According to reports, in 2019, for every 5 TVs sold in the Chinese market, there will be one from Xiaomi. The company’s annual sales market share for 2019 is 19.25%.