Realme is not completely new in the field of wearables, because they already launched the Realme Buds Air, a true wireless headphones that have already been introduced. The company had already hinted at a smartwatch. Both the first pictures and information on the technical data and features of the smartwatch have now been leaked. 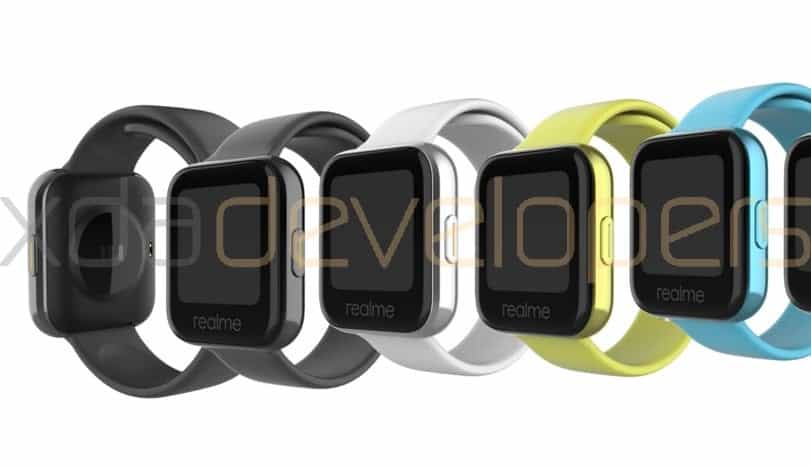 The Realme Watch uses a square LCD screen, which should offer 1.4 inches diagonal and 320 x 320 pixels. For the battery, there are probably 160 mAh, which should lead to a runtime of about seven days. There is also a heart rate monitor. The watch has IP68 protection and should be resistant to dust and water. GPS should be missing. The connections to smartphones are established via Bluetooth 5.0.

The Realme Watch will also be able to estimate the oxygen percentage in the blood. Wear OS should not serve as the operating system, but rather a proprietary solution. Overall, the Realme Watch could be comparable to the Amazfit GTS, for example. A physical button should also be available to assist with operations. Data should remain on the Realme Watch for up to a week, then it must be synchronized.

Above you can see what the surface of the Realme Watch will look like. Basically, this will be a fairly simple smartwatch with the most important basic functions. The smartwatch will record 15 different workouts – e.g. B. Running, walking, swimming, indoor running, soccer, basketball, table tennis, yoga and more. In addition, the wearable should offer breathing exercises, display the weather and play notifications from the smartphone. Music control should also be possible.

We do not yet know a release date or a price for the Watch. Initially, the wearable is to be launched in India. However, an international launch is likely to follow later.