Finnish manufacturer, Nokia, released the Nokia 1 Plus smartphone in February last year. This device is one of Nokia’s Android Go phones and it arrived with Android 9 Pie (Go version). HMD Global recently begun to push Android 10 official version updates to some Nokia phones on a large scale. Of course, the company did not forget its most entry-level smartphone models. A recent tweet from HMD’s CPO shows that Nokia 1 Plus is now officially receiving the Android 10 (Go Edition) update.

Android 10 (Go edition) rollout for Nokia 1 Plus starts today. With so many new features, your phone will feel brand new all over again! Check here for more details and the availability in different countries 👉https://t.co/h7fJxyxN0w#Android10 #Nokia1Plus @Nokiamobile pic.twitter.com/dmfOhN4jur

For those who do not know, Android Go is a lightweight version of the regular Android system. Sometimes called Android Go Edition, this system is designed for low-end and ultra-budget smartphones. It was first available with Android Oreo. Generally, Android Go phones come with 2GB of RAM or less and still runs smoothly. 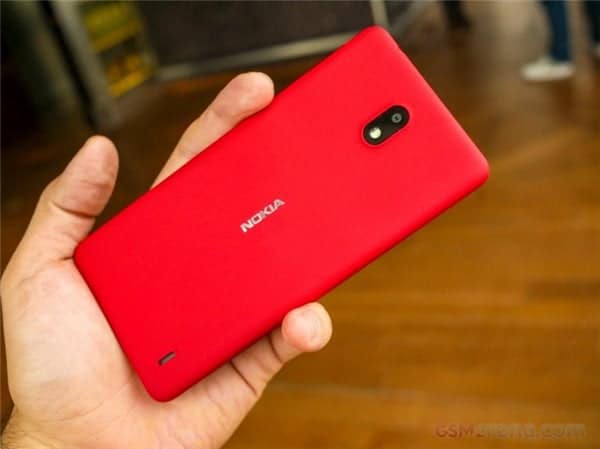 In addition to the Android 10 features, this update also comes with the April security patch. The first countries and regions to receive updates include Bahrain, Bangladesh, Egypt, Iran, Iraq, Jordan, Kuwait, Lebanon, Libya, Malaysia, Morocco, Oman, Pakistan, Qatar, Saudi Arabia, Sri Lanka, Tunisia, UAE, and Yemen. By May 4, 100% of the users in the above regions will have this update.

When it comes to updates, Nokia is one of the fastest to release the latest update. As of now, 14 Nokia phones are already getting the Android 10 update which is quite impressive.