After many leaks and speculation, Redmi finally unveiled the vanilla Redmi Note 9 to the world. However, the company also brought a surprise – a Global version of the Indian Redmi Note 9 Pro Max. In the International markets, this particular variant will be simply sold as Redmi Note 9 Pro. Now, the Global Note 9 lineup is composed of the Redmi Note 9, Note 9S, and Note 9 Pro. Without further ado, let’s dive into the specifications of both handsets.

The missing entry for the trio of mid-range phones is finally here. The vanilla Note 9 flaunts a brand new MediaTek Helio G85 SoC. It’s the first time to come with this chipset, marking its global debut. The Helio G85 is an Octa-Core CPU powered by the Mali-G52 GPU made under a 12nm process. Along with the processing power, the handset boasts either 3GB or 4GB of RAM along with 64GB or 128GB of expandable storage.

These specifications are built around a 6.53-inch IPS display with FHD+ resolution and a top-left aligned punch-hole serving as a house for the 13MP selfie shooter. Moving around to the back, we have a 48MP Samsung GM1 main sensor along with an 8MP ultrawide, 2MP macro, and 2MP depth sensors. Unlike other Note 9 devices, the vanilla edition boasts a rear-mounted fingerprint scanner. 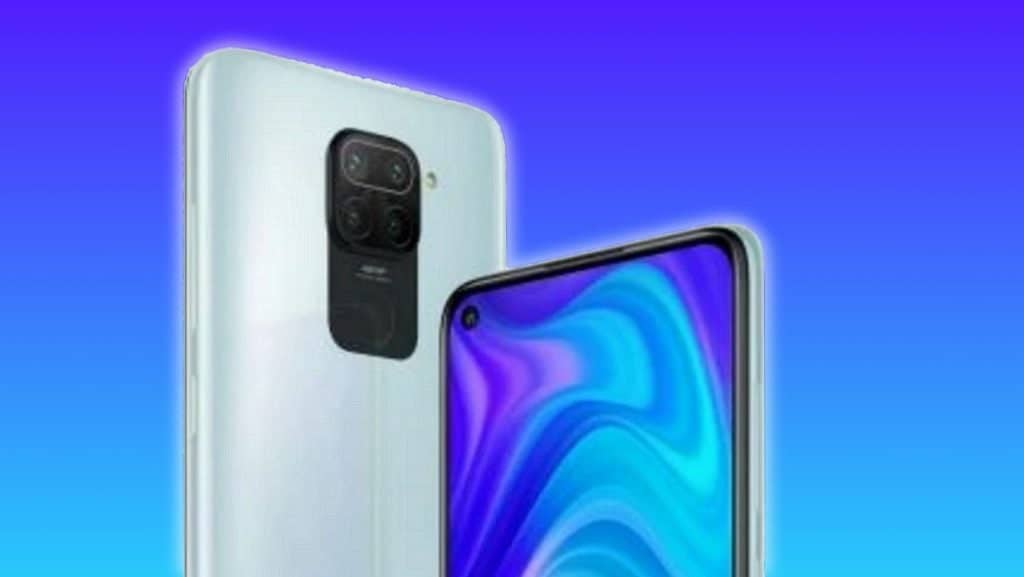 The handset ships with Android 10 and MIUI 11 but will be updated to MIUI 12 later this year. Moreover, it draws power from a 5,020mAh battery with 18W fast-charging. Other features include a 3.5mm headphone jack, IR Blaster. The handset is available in Glacier White, Interstellar Gray, and Tropical Green colors. This time, the standard version will include NFC support. However, the official listing states that ” NFC availability will vary between markets”, so we can’t determine right now which are the markets getting the NFC variant.

More details about pricing and availability will be given below.

Along with the vanilla, Redmi also took the wraps off its global version of the Redmi Note 9 Pro Max. Now, International customers should simply call it Redmi Note 9 Pro. This particular handset is the most exciting version of the trio, featuring a more than capable hardware that easily makes it stand against other competitors in this range. 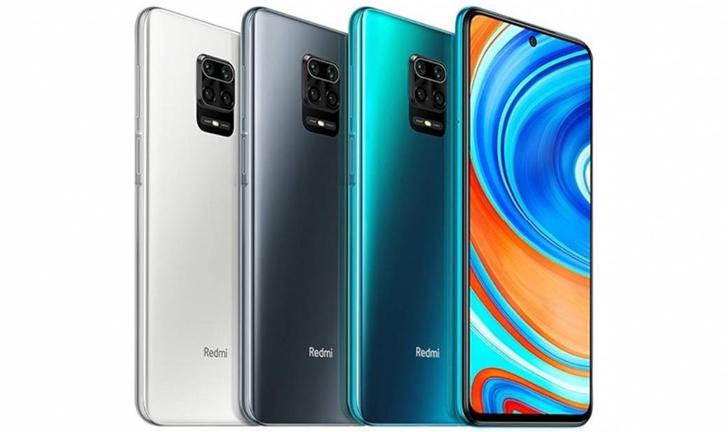 The handset is pretty similar to the Indian variant, but with fewer changes in the internals. Among the similarities, we have the same Snapdragon 720G SoC underhood along with 6G of RAM and either 64GB or 128GB of Internal Storage. Of course, the handset also features microSD card support along with Dual-SIM functionality. These specifications are built around a 6.67-inch FHD+ IPS display with a standard 60Hz refresh rate. The display features a punch hole, but this time it’s a center-aligned cutout housing a 16MP selfie shooter. Interestingly, the Indian variant has a 32MP selfie snapper, but here Xiaomi opted for cutting it by half. 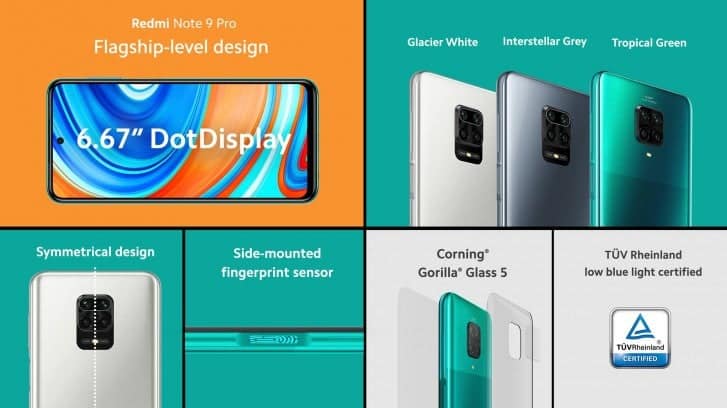 Moving around to the back, the handset has a Quad-Camera setup comprising a 64MP main shooter, 8MP Ultra-Wide, 5MP macro, and 2MP depth shooters. The handset also comes with NFC, IR Blaster, and a side-mounted fingerprint scanner. It draws power from the same 5,020mAh battery found in the other variants. However, this time we have whopping 30W fast-charging which is amazing at this price point. Worth noting that the charger included has up to 33W fast-charging. Last but not least, we have Android 10 and MIUI 11.

Another interesting feature that gets some spotlight in the official listing is what Redmi calls a “realistic vibration” engine. It consists in a linear vibration motor featuring 150 kinds of vibration patterns. The system will set different types of notifications. As a result, you know exactly if there is an incoming call, text, or just an app notification by the vibration.

The Note 9 Pro comes in three color options – Glacier White, Interstellar Gray, Tropical Green. The latter color has some changes if we compare it with the Indian version. There is a two-tone finish resembling old Pixel phones and a slightly altered camera array.

The Redmi Note 9 series is now complete for the Global markets. 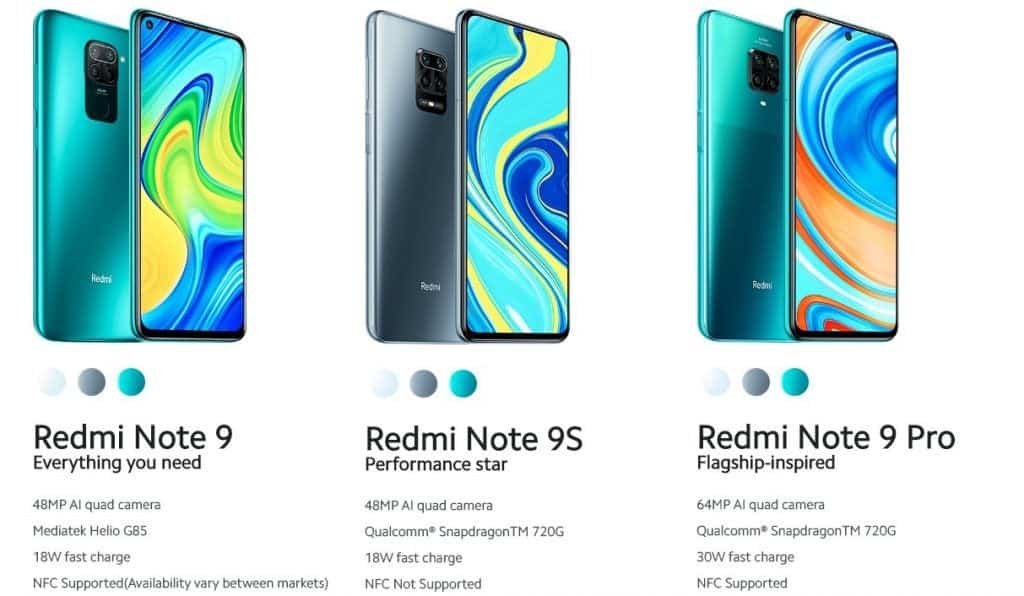