The short video app, which gained popularity during confinement, had the highest number of app downloads in a quarter. TikTok recorded 315 million installations in the first quarter of 2020, a record.

Particularly popular for entertainment during the confinement due to the coronavirus pandemic, the TikTok application has a new record with more than 2 billion downloads worldwide, on the stores of Apple and Google, according to a study from Sensor Tower. The short video app owned by ByteDance has thus become the first application, after Facebook and its apps (WhatsApp, Instagram and Messenger), to cross this symbolic bar. The old record had been set 5 months ago, when TikTok had exceeded 1.5 billion downloads.

The Q1 2020 allowed TikTok to break another new record, with 315 million installs, the highest number of downloads for an application in a quarter. The application thus beats its previous record which dated from the 4th quarter of 2018 with 205.7 million downloads. It is ahead of WhatsApp, the 2nd most downloaded application with nearly 250 million installations during the first 3 months of the year. 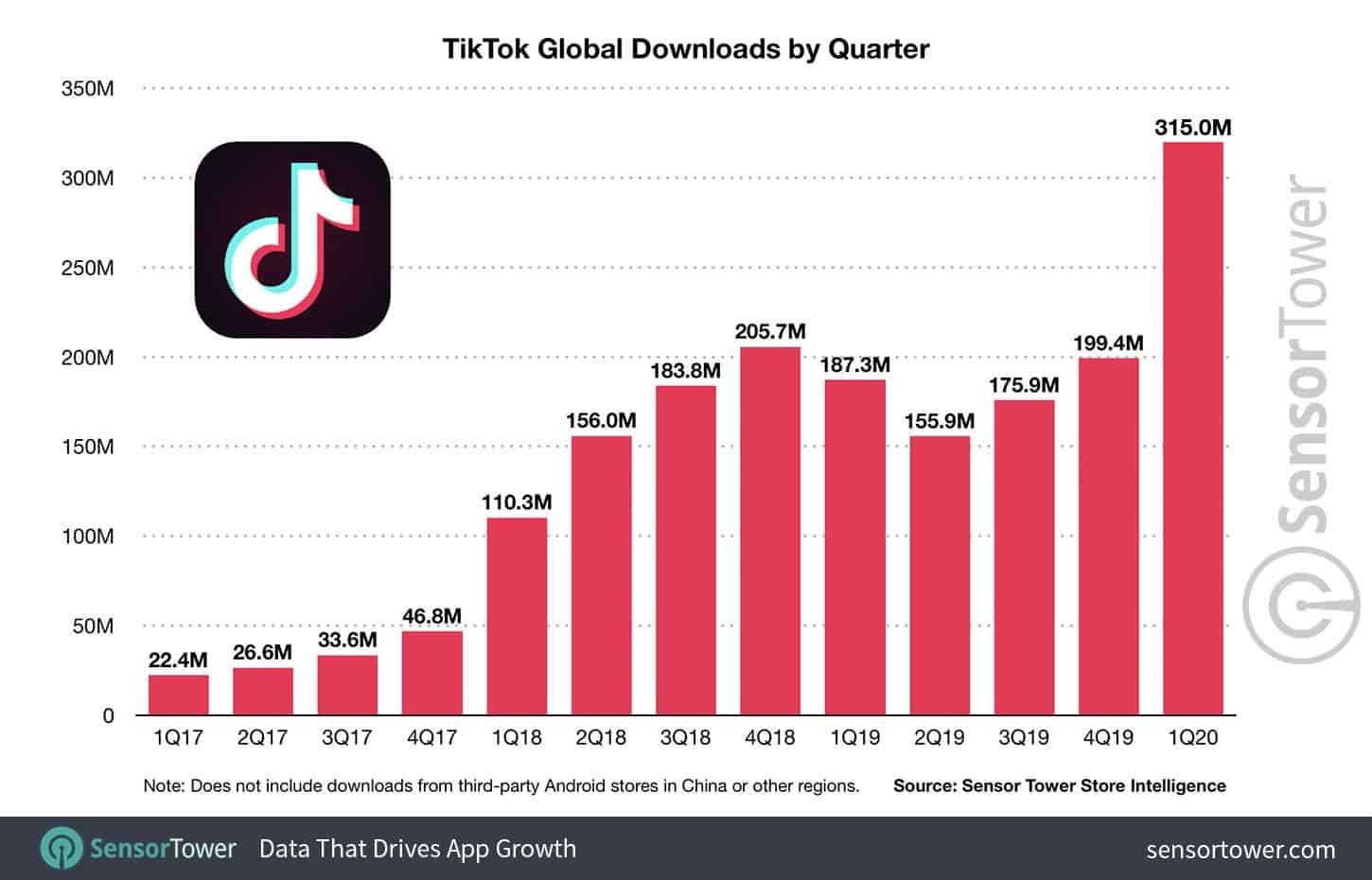 Spending per user also surpassed the previous record with $456.7 million. This is 2.5 times more than the $175 million that the app generated when it reached 1.5 billion downloads.

Among the countries that generated the most expenses per user, we find:

With these new records, TikTok is gaining popularity and is still increasing its community. With 800 million active users per month, it consolidates its place against its competitors. In Q1 2020, it was the 7th most used application in the world, just behind Instagram and its billion users.