Earlier this month, The Block reported that the HTC Exodus blockchain smartphone will soon usher in its own mining application in order to mine Monero when it is externally powered and idle. The DeMiner App developed by Midas Labs is scheduled to launch in the second quarter of 2020. Unfortunately, in the field of cryptocurrency mining, only absolute computing power can guarantee absolute income. So many people are not optimistic about mobile-based mining applications.

Jri Lee of Midas Labs said that using an HTC Exodus 1S smartphone can mine $0.0038 of Monero per day. So it cannot turn the machine into a pure money-making machine. This means that it takes users about 170 years to earn back the purchase cost of 219 euros (excluding electricity consumption). 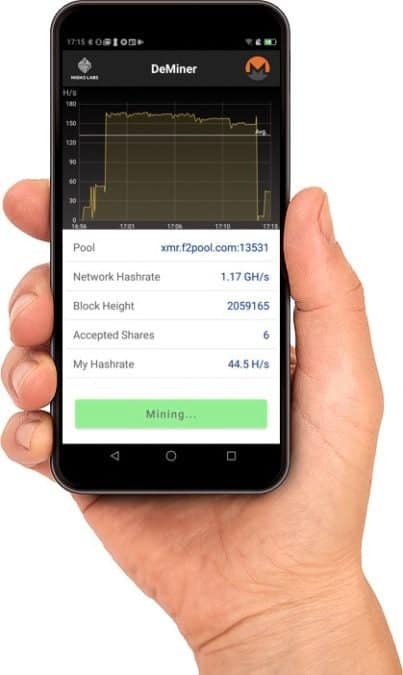 Of course, we believe that few people will be naive enough to buy pure mining. Exodus has been mainly designed as an ordinary smartphone.

How Much Will The HTC Exodus Mine Per Day?

The Block reported that from the perspective of Midas Labs, the relatively efficient processor of the smartphone can make it consume less power when mining. Take an ordinary notebook computer as an example. You can mine Monero coins worth about $0.06 per day. And you can deduct $0.156 in electricity consumption during the period.

In contrast, the profit margin of the HTC Exodus 1S is about 50%. And users only need to simply consider the cost of electricity.

More and more mobile devices are added to mining. So it will be able to spawn a more decentralized network to avoid being monopolized by giants with 51% of the computing power (such as the typical attack suffered by Ethereum last year).

Phil Chen of HTC said: ‘The crypto world is under threat from the domination of the hashrate by giant mining pools. The most effective way to eliminate this problem is to make mining accessible for the masses. And that is through mobile. This app makes smartphone mining cost-efficient, which gives incentives to individual miners and helps to decentralize the network.’